The Forgotten Legacy of Muslim Women In Sport 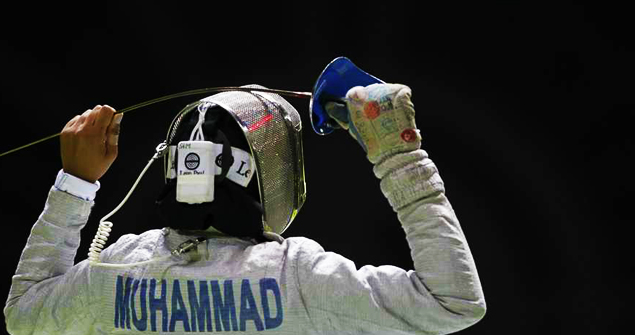 At the first ceremony of its kind, fencer and Olympic hopeful Ibtihaj Muhammad was recognised for her achievements as a Muslim sportswoman at the Ambassador Awards. The awards were hosted by the Muslim Women’s Sport Foundation the first week of May to recognise Muslim women in this field. They are a reminder that Muslim sportswomen have broken new ground in the world of sports and helped change perceptions in society at large.

Although there are more Muslim women competing in sports today than there have been in the past, they have an overlooked legacy. For example, Halet Çambel was the first Muslim woman who competed in the Olympics – and did so in 1936, representing Turkey. Many athletes like her were honoured at the awards where Muhammad won the International Sportswoman of the Year. However, women’s sports participation in some countries is still limited.

One challenge some Muslim sportswomen have contended with is regulations about athletic dress codes – but they have also paved the way for other players who want to dress modestly while still competing in the games they love. In 2007, for example, the International Federation of Association Football (FIFA) placed a ban on wearing the hijab, or headscarf, during matches due to fears that it could lead to choking. The ban even led to the Iranian women’s football team being deemed ineligible from a qualifying match to play in the Olympics; however, this year, FIFA is planning to overturn that rule in light of new hijabs designed specifically for athletes. The decision will be announced on 2 July after further testing of the new hijabs to ensure their safety.

Muhammad says that her faith, which requires women to dress modestly, directed her choice to start fencing, a sport which requires players to cover themselves from head to toe. “Often times, when I’m in competition, I’m the only African American, the only black person, definitely the only Muslim – not only representing the United States but in the competition itself. It can be really difficult…” she said.

Given their diversity, Muslim sportswomen are an inspiration to young women around the world. Yet some young women from Muslim backgrounds still face challenges overcoming cultural restrictions either because their parents believe girls should not become athletes or perhaps simply because they do not have role models. However, these restrictions did not stop Pakistani runner Naseem Hameed, who won the gold medal for her performance at the 100-metre race at the South Asian Games in 2010, making her the fastest woman in South Asia.

As more athletes like Hameed come into the limelight, young women watching them may start to have higher expectations about what they can achieve, especially in sports.

Other Muslim sportswomen have contended with much bigger hurdles. Sadaf Rahimi, a 17-year-old boxer from Afghanistan, is one Ambassador Award nominee who overcame the lack of facilities to practice in and the difficulties of living under the Taliban – which banned women from playing sports. Rahimi, who will be representing Afghanistan in the London 2012 Olympics, shatters stereotypes about Afghan women. Like her peers, she counteracts the misconception that Muslim women cannot play sports, while demonstrating that perseverance can overcome even the toughest hurdles.

In another part of the Muslim world, Qatar recently announced that it will send female athletes to the Olympics for the first time. Brunei has also nominated a female hurdler and 400-metre runner, Maziah Mahusin, to join their Olympic team for the first time. Their participation in sports heralds a new era, one which is more inclusive of all women, and shows that governments are following where women are leading.

Many athletes at the Ambassador Awards said they never expected to excel as they have – a reality that shows young women that they are capable of achieving more than they may think is possible.

At the event, Muhammad reflected on how much her faith and sports have shaped her identity. “I would never have guessed in a million years that my hijab would have led me to fencing, to a sport, but also that I would have grown to love this sport so much. It’s so much a part of who I am; I can’t even imagine life without it.”

Marium Sattar is a multimedia and print journalist, and a recent graduate of the Columbia Journalism School in New York City.

One Response to The Forgotten Legacy of Muslim Women In Sport