Pop Patriotism: The Picture that Tells a Story 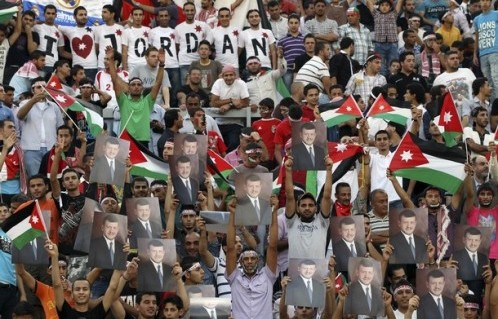 This photo caught my eye today. The front row is occupied by the same photo of the King (which I assume was handed out and/or sold at the stadium), while the second row is mostly flags, and then the third row features an “I Love Jordan” t-shirt train. As random as this arrangement obviously is, it reminds me how pop-patriotism often plays out in Jordan, with the King always upfront as the primary expression of nationalism, followed by, followed by, followed by.