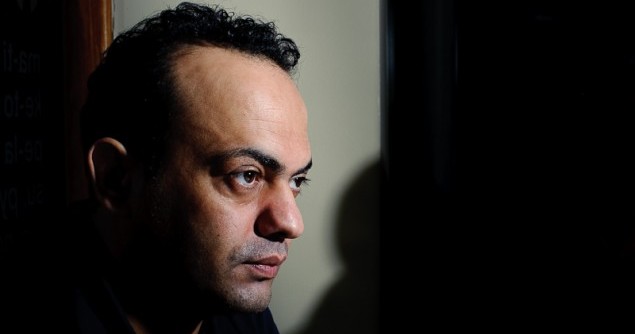 In an interview at the shortlist announcement of the International Prize for Arabic Fiction, AL correspondent Kaouther  Jellassi asked judging chair Galal Amin about the status of 3ameya novels — novels written in “colloquial” Arabic — on the list.

Amin said that, “You can produce something exceedingly beautiful and appealing and useful by using 3ameya. But also 3ameya could be terribly low and vulgar and does not achieve what a good literary work should. So we have to be very careful.” He added: “There are some colloquial words or phrases which are very close to the fos7a. Or to the classical Arabic. And there are others which are too colloquial, too local, to be understood, and to be even accepted.”

Further, at this year’s Cairo International Book Fair, Amin said that, among his six criteria for choosing a winning book was “tasteful language.”

Contrast this — Amin, in a very official position adjudicating what is “good” and “better” in Arabic literature — with an interview Iraqi short-story writer (and filmmaker) Hassan Blasim, a decidedly non-institutional figure, gave with New Statesman:

“There’s a continuing debate in the Arab world about the problems of the Arabic language, which has not kept up with the times because of censorship and the lack of strong and serious institutions working to breathe new life into it. Classical Arabic needs a revolution against its rules, its grammar and its “sacred” status. For example, for hundreds of years we haven’t used fus7a (standard literary Arabic) in the Arab world, other than in writing and publishing. We haven’t used it in our everyday lives. In the Arab world we use many local dialects, and this great disconnect between the language we write in and the language we speak has led to one aspect of the widespread ignorance in the Arab world, which already suffers greatly in the field of education.” (The education system uses fus7a in books while the teacher speaks in colloquial Arabic).

Bold was mine. Blasim said at a talk in London that one day, he wanted to write just in colloquial, adding: “I like film because I can just use normal language.”

But Blasim added, in the New Statesman interview, that he didn’t just mean using colloquial Arabic.

“By my comments I meant that the secret to breathing new life into Arabic lies not just in using the colloquial, but also in standing up to the tedious and nauseating refrain about the beauty and sanctity of the Arabic language because it is the language of the Quran and of the great tradition of Arabic poetry. Very well, put the language of the Quran and of old poetry in the museum. But we need to express the disaster of our lives in the Arab world in a language that is bold, up-to-date and not afraid of grammar or of Arabic’s sanctity.

Bold here was also mine.

More things to revolt against: