Palestine/Israel: A Tragedy ‘In The Purest Sense’ 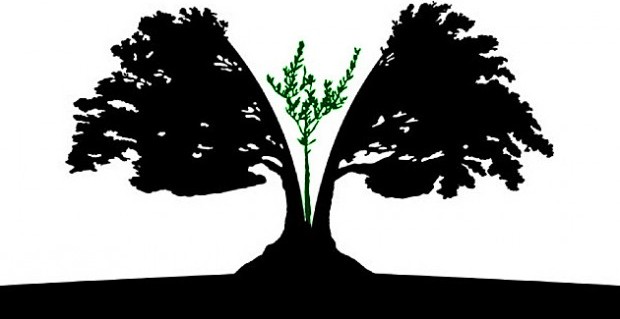 Israeli author Amos Oz was born in Jerusalem in 1939, the son of parents with roots in Lithuania and Ukraine. In his 2002 autobiographical novel, A Tale of Love and Darkness, his father recalls how the walls in Europe were covered in graffiti: “Jews, go to Palestine.” Then, when he reached Palestine, the walls were scrawled with the words “Jews, get out of Palestine.”

This memory visibly colours Oz’s perspective as a Jew and an Israeli. He is an unapologetic Zionist. He was also one of the first Israelis to advocate a two-state solution to the Israeli-Palestinian conflict after the Six-Day War. In a 1967 article in the Labour newspaper Davar, he wrote that “even unavoidable occupation is a corrupting occupation”.

An early member of Peace Now, an Israeli NGO dedicated to promoting peace between Israelis and Palestinians, he has opposed the West Bank settlements for decades. And in 2011, to the outrage of many, Oz sent a copy of A Tale of Love and Darkness, to jailed Fatah leader Marwan Barghouti, with this dedication: “This story is our story, and I hope you read it and understand us better. Hoping you will soon see peace and freedom.”

I had the good fortune to hear Oz speak at a plenary session at the “pro-Israel, pro-peace” organisation J Street’s “Making History” conference in Washington, DC recently. Relaxed and engaging as he addressed more than 2000 attendees in a cavernous hall, Oz hammered at his primary theme: that the Israeli-Palestinian conflict is a tragedy “in the purest sense”, because it is a clash between “right and right” – between one very powerful claim to the land and another no less powerful claim over the same land. Palestine is the homeland of the Palestinians in the same way Greece is the homeland of the Greeks, he said, and Israelis are in Israel “for exactly the same reason”.

Oz made clear that he has little patience for the “sentimentalist Western” idea that the conflict is just a matter of misunderstandings that can be cleared up with “a little group therapy”. “Rivers of coffee drunk together cannot extinguish the tragedy of two peoples rightly claiming the same land as their one and only homeland”, he said. Instead of coffee, what he calls for is a “liveable compromise”. Compromise means life. The opposite of compromise is not idealism and integrity, but “fanaticism and death”.

To this Israel Prize laureate, one state does not offer a solution. Rather than a honeymoon, what Israelis and Palestinians need, in his words, is a “fair, if painful, divorce”. But instead of the current arrangement – one characterised by submission and domination – the divorced parties will live side by side, and not one on top of the other.

Oz is adamant that the majority of Israelis and Palestinians are ready to accept – albeit reluctantly – the divorce: a two-state solution, the 1967 borders with modifications and two capital cities in Jerusalem. He offers another metaphor: the patient, Israeli and Palestinian, is unhappily ready for painful surgery; the doctors are cowards. The doctors – the leadership on both sides – must step forward. Oz doesn’t know which leaders will have the courage to carry out the necessary surgeries, or when, but human beings are “open-ended”; they can surprise even themselves. And, he says with confidence, individuals who are alive today will make this happen.

Literary master that he is, Oz alludes to two kinds of tragedies: those of well-known English playwright William Shakespeare and those of 19th century Russian writer Anton Chekhov. With Shakespeare, at the end of the play, the stage is covered with dead bodies, but justice prevails. Chekhov’s characters, on the other hand, are disappointed, disillusioned, and melancholy – but alive.

Oz is looking toward a Chekhovian end to the Israeli-Palestinian “tragedy”. He doesn’t expect the players – two peoples with equal claims to the same land – to be “happy” when the conflict is finally resolved. But they will be alive, and capable, over time, of healing, and of building a new and productive relationship.

Those of us who listened to Oz at J Street’s conference might differ on which of his metaphors – divorce or surgery or home subdivision – is most apt in describing how the conflict must be resolved. But I expect we agree on this: the Israeli-Palestinian tragedy needs a non-Shakespearean end, and soon. It’s called compromise.

Michael Felsen is an attorney and is on the board of the Workmen’s Circle in Boston, Massachusetts, a 110-year old communal organisation dedicated to secular Jewish education, culture and social justice.

3 Responses to Palestine/Israel: A Tragedy ‘In The Purest Sense’