“One Day’s Enough For Me”: Foreigner Tries ‘Ramadan Fast’ 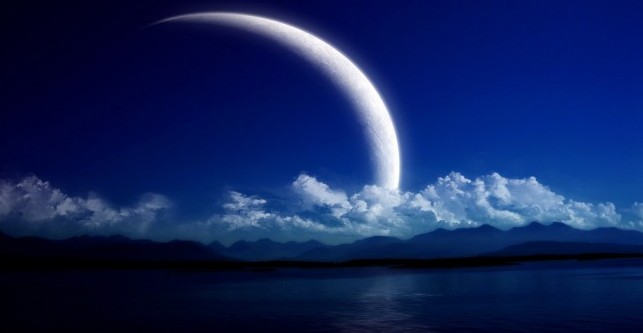 If you are a non-Muslim, then fasting can seem strange. So, what is it like to fast for the first time? In Rabat, Erin Geneva decided to see what fasting felt like and so last weekend she fasted for a full day. As she says, she decided to fast on a weekend as she was unsure of her ability to fast and work.

“As a foreigner here in Morocco during Ramadan, it has been intriguing to me to observe Moroccan Muslims observing their fast. I decided that I should attempt, at least for one day to experience what most Moroccans are experiencing all around me. So, I decided to fast, I figured it couldn’t be that hard.

I purposely chose to fast a day on the weekend, so I wouldn’t have anything strenuous to do and so it wouldn’t be too difficult. I’m not sure I could get through a day of work while fasting, especially on my first attempt.

I remember feeling particularly grateful that I have never taken up the habit of smoking, and I can certainly sympathize with those I have noticed sneaking off into alleyways to get their fix since Ramadan began. I also have a new understanding for the crankiness I have noticed among people here during the day, that was absent prior to the onset of Ramadan.

Now although I do not have a chemical dependency as strong as the one most smokers have to their nicotine, I do have one vice. Despite several attempts over the past decade, I have never been able to shake my commitment to caffeine. Starting my day with a large coffee, and having a few cups of tea throughout the day keeps me sane. So it is difficult to know if the headache and shakes I felt all day long can be attributed to caffeine withdrawal, hunger, dehydration or a combination of all. Regardless, I can say that throughout the entire day, I felt truly awful. And I certainly gained some new respect for the people who are going through this for an entire month! Especially those who are continuing full time work or study.

My undergraduate studies were when I first learned about Ramadan. Yesterday, I found myself thinking about the dutiful Muslim students at home in Canada who observed the fast-even during exam periods, and even when most people around them in class were snacking and drinking hot beverages, which undoubtedly would have filled their nostrils. I can’t imagine how difficult this must be. Although my day of fasting was difficult, it was made easier by the fact that I am in a place where nearly everybody around me is also fasting. I think this would be far more difficult if I was in the minority.

Some Muslims have expressed to me that there are health benefits to fasting, which they feel about halfway through the month of Ramadan. However from a purely physical perspective, there is nobody who will ever convince me that dehydration is good for you. That being said, I can certainly see the health benefits of fasting in a more holistic sense, in terms of spiritual, emotional, psychological and long-term health.

When it comes to food consumption, I will never be known as a shining example of self-control. Those who know me well, have often marveled at my seemingly miraculous fortune to have evaded weight problems. So in terms of long-term health, I can certainly see how developing self-discipline when it comes to food consumption could be of great benefit. In terms of psychological, and emotional health I can also see how mastering one’s impulses and improving self-control could be an accomplishment, and also make a person emotionally and mentally stronger.

Another reason for fasting during Ramadan, is to show solidarity with the poor. With those for whom the deprivation of food and water is a daily part of life. This is certainly a beautiful tradition, and sawm along with zakat, are two things I find beautiful about the Muslim religion.

Although I have new respect for the practice of fasting- one day was enough for me. I wish all Muslims good luck in what will surely be a challenging few more weeks of the Ramadan fast.”

One Response to “One Day’s Enough For Me”: Foreigner Tries ‘Ramadan Fast’