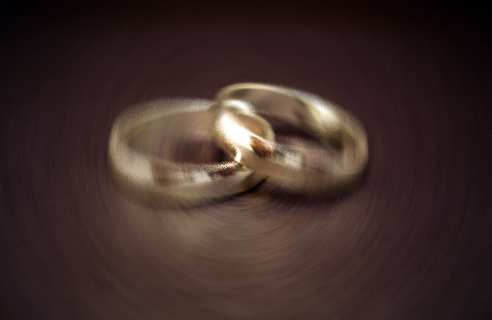 Don’t marry an Arab man: this was the underlying message of a letter written to Jewish women and signed by the wives of 27 rabbis in Israel less than a fortnight ago. The letter added that Jewish women should avoid dating, working alongside and performing their national service with non-Jews.

Racism can rear its ugly head anywhere, it seems, even in a supposedly modern democracy.

It’s a small group that wrote the letter, and we should be cautious not to judge the many by the actions of the few. We know, for example, that the violent criminal actions of individual Muslims who perpetuate terrorism do not represent a billion people worldwide.

However, the letter is not without precedent. It follows another letter, this one from rabbis urging Jews not to sell or rent property to non-Jews. In surveys in Israel about the letters, polls have shown nearly half the population supports the sentiments.

Last year an Arab Israeli was convicted of raping a Jewish Israeli woman. Even though she had consented to the liaison, when she subsequently realised he was Arab, she had brought the matter to court on the basis she had been deceived and was, therefore, raped even though he had never explicitly claimed to be Jewish.

It was a first date, and whatever your views on one-night stands, the takeaway message from the case seemed to be that Jewish men engage in consensual sex but Arab men rape.

The racism in the letters is also deep-rooted. Women are advised that Arab men will use all sorts of tricks to lure them into marriage, changing their names and even being polite. But once the girls are in their evil clutches in their villages, they will suffer “cursings, beatings and humiliation”.

Some people might find the following comment upsetting, but will the next step be to make Arabs wear yellow crescent-shaped badges in public?

Initially, these incidents point to discrimination. But there are deeper issues at work here.

Let’s be clear. I’m not detracting from the serious political and racial implications of this action, given that it comes within a particular political climate. Nor am I justifying its lack of morality: quite the opposite. However, I think we should see what it tells us about the wider issues: even in modern times, why are women used as tools to a particular ideology?

Whereas women and men were once and, in some instances, still forcibly prevented from marrying someone the family doesn’t approve of, the screws are now applied by appealing to patriotism and nationalism.

Yet, are those crying racism just as guilty of it in their own lives?

Last year an Egyptian court ruled that men who marry Israeli women would be stripped of their citizenship, although the cabinet would have discretion on this depending on whether the wife was Arab or Jewish. More than 30,000 Egyptian men are married to Israeli women. The lawyer proposing the ruling said it was meant to protect Egypt’s youths and its national security, and added that the offspring of such couples should be prevented from military service.

Politics and marriage might seem worlds apart. But these most recent cases suggest that who a society deems acceptable for individuals to marry says a lot more about its social mores and hidden political agenda than we might think.