The United States: A Nice Place to Visit, But… 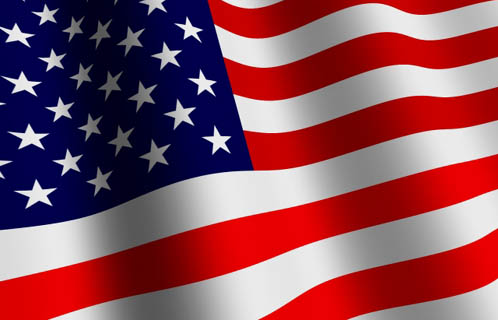 In the Middle East when people find out that I am an American (and being African American always requires additional proof), they usually have this ‘streets paved with gold’ impression of what the United States is like. Even the ones who have been there invariably declare proudly they have assessed Americans as a good, honest people (the ones in the ‘good neighborhoods’ at least) and it is the government (i.e. the president) that is responsible for all the terrible things America is doing in the world.

I always assumed these opinions were a bit naive because the people I  typically have these conversations with come from lands controlled by dictators, monarchies and stale, aging revolutionaries– where the bulk of the population has very little to do with the government.  In their ‘one man, one vote’ countries, if there was anything nefarious going on, the people could claim to be blissfully blameless.

It seems it never occurs to them in their idolization of Tom Cruise, Rambo, and white girls everywhere is that  Americans (at least in principle), are in control of their government and what it does is an extension of who they are.

At this point, this is usually where the conversation ends—sometimes abruptly.

Guys from India and such places in the Far East generally have the worst time with me popping their soap bubble of hope of a paradise on earth; often convinced by relatives (Victorian colonialism seems so seamlessly interwoven into their cultural DNA) now living their dream in America is all they have heard and more.

Falling slightly short of calling me an outright liar, they would insist that their cousin or friend knows what he is talking about and I (as a non-white person)–did not (Young Africans in their sophomoric zeal tend to be more adamant than most when taking this position).

These contentious folk are even surprised when I tell them that black people are still second class citizens and they would be treated as such when they come to the US as people of non-European ancestry. Bengalis and Indians (from India) would be mistaken for Mexicans or Puerto Ricans and not white boys with tans (despite the straight hair), because frankly, brown is the ‘new’ black.

“But what about Martin Luther King and Malcolm X?” they would often argue.” Didn’t they change things? Didn’t all that stuff stop with them?”

“Yes, their sacrifice showed people something…and sent everyone a message for generations to come too,” I would say, “Do you know what happened to them?”

This usually gets the ‘what?’ look; then, I drop the other shoe—“they died of lead poisoning. It often happens when you say too much about the wrong people”

“But Obama is president,” they proclaim.

Lamenting for having gone down that road, I changed my approach. I ask how many murders they thought occurred in Saudi Arabia last year. Most people don’t know the answer to this question.

When they guess, it is a figure around a hundred. Pretty good for a population of 27 million rabid fundamentalist certified with a US travel advisory warning.

When I left America, (I would tell them) in the city I use to live, it was second or third in line for the murder capital at 412.  I then refer them to the Associated Press headline,

I point out that NYC, the favorite place for everyone to visit was the murder capital at 2,400 murders in 1990—but I tell them not to worry.  It was down to a mere 510 in 2010.  The current figure for Saudi is about 53 (that’s individual people: manslaughter rate—I suppose this means the deaths were unintentional).

Of course, if you look up the current statistics in the U.S. , it seems that in the worst economy since the great depression (when, at that time, people were killing themselves as well as others after their dreams evaporated with the stock market crash), the murder rate was down all over. I find it odd that the 2.8 million people the banks added to the already catastrophic homeless problem through  foreclosures wasn’t fussed about over in the media that much.

I suppose maybe the good people of America practice more restraint today than they did in the past. Perhaps they have solved some problems and didn’t tell us (the good are usually modest). Maybe with 28 million unemployed in the US (about the population of Saudi Arabia), everyone just realized how silly and fruitless it was to kill another destitute person over a few cans of cat food and an empty refrigerator box and decided to wait it out peacefully under the freeway until their generous government ‘bailed’ them out.

One of things that also ‘wows’ those hell bent on living in the US of A is all the child abductions and their posts on each half gallon of milk. I often wonder how they keep up.  All elementary, middle and secondary schools have metal detectors (exactly like at the airport) because if children aren’t killed in drive bys, abducted for their organs or/and the sexual entertainment of pedophiles everywhere; there is usually a killing spree at some school to keep the numbers up.

In my attempt to dissuade the ‘would be’  Muslim traveler from going to the US, I sometimes talk about all the quality time I spent with my family when I lived in America because my children couldn’t even play in our front yard for fear of such things. Every night we could hear gun shots under the rhythm of police and ambulance sirens over the perennial barking of pit bulls (creators of the ‘poop’ and fly problem; since their ‘gangster’ owners believe a little civic scooping is below their ‘bling, bling’ social standing).

You would think between all the Wikileaks revelations about all the ‘in your face’ and back door skullduggery the US has been doing to the detriment to Muslims; detailed relentlessly on every media outlet in the Arab world, this would dull the luster of the American dream and keep people from wanting to go.

For a while, there were less people expressing to me an interest to go; then, I met Abdul from Jeddah.

Up to that time, I thought people just didn’t know.

Once hearing I was indeed from the US, he cheerfully related that he had been to New York when younger and as others before him, attested to the purity and goodness of Americans he had met there.

“Yeah, I got lost once and ended up in Brooklyn and got scared because of all the niggars there,” he said.

“Oh yeah, sorry (and quickly went on as if it were an understandable slip of the tongue). Anyway, I caught a cab to long Island. It cost me $60 (when he was there about twenty years ago, it was a lot of money) because it was such a long way.”

“Long Island is where all the Jews live,” I told him. A lot of Muslims live in Brooklyn.

“You ever heard of the Patriot Act?”

At moments like that a bumper sticker I had on my car in the states comes to mind:

“If you think Education is expensive, try ignorance.”

A sanitized version of this was published at www.saudilife.net.

5 Responses to The United States: A Nice Place to Visit, But…