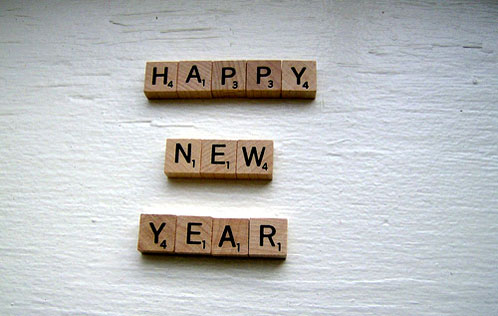 Thirty years ago I acquired a strange dictionary. I was in Saudi Arabia at the time, and departing expatriates regularly held sales. They would dispose of stuff they couldn’t or didn’t want to bring home with them. You could acquire furniture, hi-fi equipment and books for knock-down prices.

The dictionary in question was by all appearances the Concise Oxford English Dictionary. It had the sturdy black hard cover binding familiar to millions of schoolchildren and Scrabble players throughout the English-speaking world. Yet the publisher was the Libraire de Liban. To this day I have no idea whether it was a pirated version of the Oxford original. If it was pirated, it was clearly a serious piece of work, because the quality of the printing and binding was high.

There was one problem with the book that was always bound to frustrate a Scrabble player like me. The dictionary had no words beginning with Q.

To this day I have no idea why such a critical letter in the alphabet – the difference between crushing victory and abject defeat in Scrabble – was missing. The only explanation I could come up with was that publisher had a limited page count, and decided to spare Arabic users from having to deal with a letter that in translations of Arabic words could be substituted by “kh-” and “g-” – as in Qadaffi, Khadaffi and Gadaffi. Highly unlikely, I know – the rational explanation would be that it was a simple cock-up (or qoq-up, if you like).

I thought of the Q-less dictionary the other day as words rattled round my head that would best describe both the state of my golf game and prospects for the world in 2012. As I stumbled down a marshy fairway on a wet December morning towards the little white ball nestling at the foot of a large clump of trees, I started spitting out the words like a gin-soaked vagrant looking for a sympathetic audience.

It was a day of despair. Would decline and decay be followed by distress, depression, degradation and devastation – or worse still, divorce, destruction, death and universal doom?

And then it struck me. If all words beginning with the letter D disappeared from the English language because of some cosmic cock-up, we would be deprived of at least fifty percent of all the negative words available to us.

Beyond the words I used above, we would lose disgrace, discredit, discord, danger, discomfort, derelict, defect, disease, defeat, default, decrepit, dirty, debacle, damnation, demon, doldrums, dowdy, doubt and downturn. No doubt readers more literate than me could come up with a hundred more. You can largely blame the Romans for this cascade of negative meaning. Few words beginning with de- and dis- are harbingers of happiness.

So maybe a good start to 2012 would be to ban the use of all words beginning with D from the written and spoken media. That way at least, we would all have to stop and think before we add to the mountain of gloomy musings that assail us at the beginning of most years, and this one especially.

Deprived of all those Ds, perhaps we can all look forward to a Year of Reluctance to Face Reality.

On second thoughts, dumping all the Ds is perhaps not such a good idea. Let’s stick with Year of Denial.

On that frivolous note, I wish a Happy New Year to all my friends and readers.

Those of you who are dreading the next twelve months, despair not. Bad dreams don’t always come true.