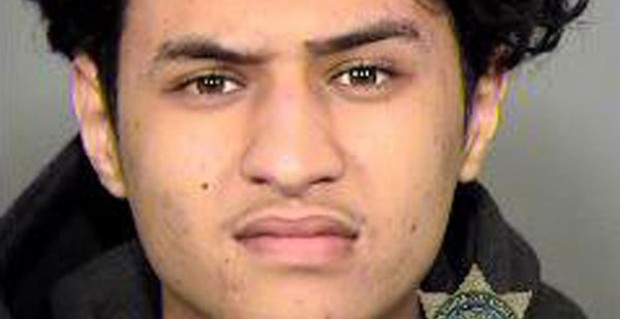 This past week 19 year old Saudi student, Yazeed Mohammed A. Abunayyan, created quite a ruckus on a Continental airlines flight from Portland to Houston.

The incident started when Abunayyan was unable to sit beside his fellow Saudi traveling companion and had to take another seat.  Towards showing his dissatisfaction at the airline for not accommodating him, he chose to smoke an e-cigarette.  However, when the flight attendant asked him to stop smoking, he refused and became unruly.  At that point he made motions as if he were going to strike out at the flight attendant while making negative comments about women and saying ‘Allah Akbar’ (God is Great).  There are statements made by witnesses on the plane that he also made references to Usama bin Laden.

Abunayyan was restrained by flight crew and the plane returned to Portland where Abunayyan was turned over to agents from the FBI.  He has since appeared in court to hear the charges brought against him.

When I heard about this incident it reminded me of the days when flying Saudia Airlines.  Of course every passenger would have a boarding pass with a seat assignment but once on board it was so common for passengers to get shuffled around.  Saudia airlines wanted to please its passengers ensuring that friends and families were able to sit together.  Additionally Saudia would shuffle seat assignments to prevent unrelated men and women from sitting together.  Whenever I flew by myself I found that I usually ended up with a better seat than the one I had been assigned.

As a young 19 year old student, Abunayyan struck me as a Saudi who has not had much exposure to either the Western culture or a rule based society.  When he could not get his way and sit by his friend, he did what a pampered Saudi youth would do.  He pitched a fit.  However, in this particular case he did not get his way and will have to face the consequences of his actions.