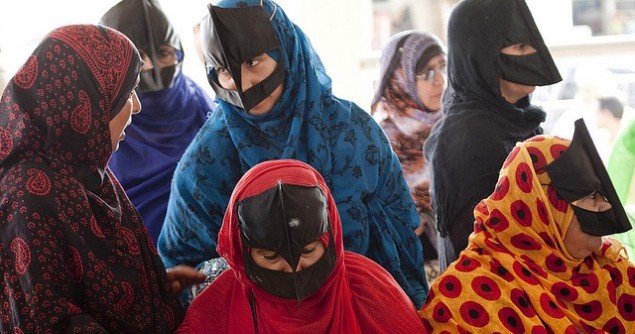 A year and a half ago I wrote a column titled ‘Woman with an incense burner’ where I tried as delicately as possible to highlight the issues concerning female genital mutilation (FGM) in Oman, and Dhofar in particular where the practice is still very common.

The feedback I received from readers and acquaintances was overwhelming. Most of them expressed how horrified they were to learn this tradition was still going strong in Dhofar. Some advised me to tread carefully, whereas others told me to keep spreading awareness.

Naturally, I also received plenty of negative feedback from relatives and colleagues claiming I was hanging Dhofar’s dirty washing for the world to see and criticising a practice that they believe is purely Islamic. I paid little attention to these criticisms because I know the practice is harmful and primitive.

It was my intention to write today’s column in February to mark the International Day of Zero Tolerance for FGM. However, a little over a week ago the United Nations General Assembly passed a historic resolution calling for an FGM ban in all countries. What does this resolution mean for Oman?

Although FGM is banned in hospitals in Oman, in Salalah for example the woman with the incense burner still roams the halls of the maternity ward at Sultan Qaboos Hospital chopping up newborn girls’ genitals at their mothers’ request. The nurses and doctors know she exists, yet they turn a blind eye. Other women take their newborns to older women in the tribe who perform it quietly then pierce the baby’s ears at the same time to make sure people think the baby’s howling is caused by ear pain

Should the government pass a legislation immediately banning the practice in Oman? Not necessarily. Introducing a new law before spreading awareness is a recipe for failure. The subject is still very taboo and is not even discussed in private, let alone in public. The first step is to bring it out into the open. In such a conservative society, this can prove to be quite a challenge.

One must also take into consideration the fact that women have been carrying out this tradition for hundreds of years. I mention women specifically because it is my understanding that most men are kept in the dark about this practice. In fact, several men who were willing to discuss it with me explained how horrified they were to discover their daughters had been circumcised. In the north of Oman I believe it’s more of a paper cut. In the south, the practice is more brutal and involves chopping off part of or the entire clitoris.

Although locals wholeheartedly believe the practice is healthy and obligatory in Islam, our religion neither encourages the practice nor condemns it. Information explaining why it’s harmful to the child is not readily available to mothers. I blame the Ministry of Health mainly for this. I have spent enough time in maternity wards to know that the ministry is doing next to nothing to spread awareness. Women are terrified of what will happen if they do not circumcise their daughters, and by keeping silent the ministry is feeding the belief that the practice is healthy. Perhaps they think that by ignoring it the practice will go away?

It is worth noting that the MOH five-year 2006-2010 health plan included the need for studying the prevalence of FGM in Oman with plans to design awareness programs. To date, none of these plans have come to light, and goodness knows whether combating FGM is on the current agenda. The ministry’s website is either very outdated or the current five-year plan has yet to materialise.

The walls of maternity wards across Oman should be plastered with awareness posters explaining the dangers of FGM. Mothers of newborn girls should receive an awareness kit including a booklet about FGM with a message from the Ministry of Awqaf and Religious Affairs confirming it is not obligatory in Islam. There should be health officials visiting maternity wards in the country to talk to mothers of newborn girls.

Continuing to ignore the practice will not look good for Oman. Our country has already made headlines in the international human rights arena too many times than is good for us in the past couple of years since the Arab Spring protests in 2011. Our reputation when it comes to freedom of speech and assembly is already tainted. Do we need to see more embarrassing reports concerning Oman’s unwillingness to address the issues concerning violence against women (i e FGM)? With the new UN resolution, people will be watching Oman carefully. I say it’s time for some action. What do you think?