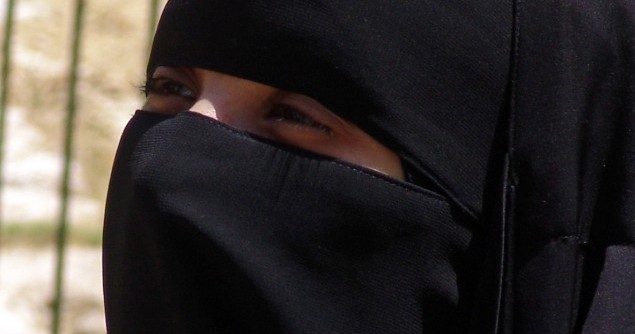 If you live in Muscat and spend a considerable amount of time in shopping malls, chances are you’ve spotted a rather large number of women in fashionable abayas wearing the black face veil with a slit for the eyes.

It’s safe to say that almost every one of those women is from the south of Oman. The veil, more commonly referred to as simply ‘the burqa’, is almost exclusively Dhofari. The south of Oman has traditionally been more gender-segregated and conservative than any of the other regions. Women in Dhofar start wearing the burqa from the age of about 18.

During my years at a public girls’ high school in Salalah, most of my classmates were already wearing it. When I first started college, I was one of a handful of females on campus who did not wear it.

All the hundreds of other females at my university were hidden behind veils. The only time I ever saw my colleagues’ faces was in the prayer hall.

In 2005 while I was still at college, the government enforced a burqa ban in all institutions of higher education in the country. Naturally, the ban hit Salalah like a tsunami. Tribal meetings were held non-stop for weeks on end while furious families tried to decide what to do. Locals staged demonstrations and wrote long letters to various ministers, but to no avail. Many young women dropped out of college because their families couldn’t handle the so-called ‘shame’ of having their daughters’ faces exposed to the world for the first time.

For months Dhofar suffered what can only be referred to as severe social unrest. Slowly but surely, the young women got used to having an identity on campus. They became more confident and started carrying themselves differently. Some of them even stopped wearing the veil outside campus. The changes were fascinating to watch. Today, most young women in Dhofar don’t think twice about uncovering their faces at college or at their offices.

The past couple of years or so have also witnessed hundreds of young women obtaining their drivers’ licences and heading out onto the road without a face veil. Things are changing, but the general consensus down south continues to be that a woman’s reputation and identity should be concealed and ‘protected’ whenever possible. The burqa is a symbol reflecting that mentality.

The one and only time I wore a burqa was about ten years ago when I was forced to go wedding crashing with my cousins. You may lower your raised eyebrow while I explain. Dhofari wedding crashers, otherwise known as ‘mutafarrigat’ are women whose greatest pleasure is putting on their burqas and slipping in to strangers’ weddings anonymously to view the bride and guests without being recognised. I refer to them as simply ‘Dhofari paparazzi’. Many families line up chairs along the walls of the wedding ballrooms especially for these women.

As much as I respect freedom of choice, I am sorry to say that the face veil is not something I would wish upon anyone. Covering a woman’s face is not something I associate with my religion. If a woman makes the decision to wear the burqa, then it is entirely her choice – if it really is her choice. From my experience, I can assure you that no young woman wants to wear it nowadays. Once you’ve become empowered and discovered what it’s like to have a public identity, there’s no going back. The tradition of the burqa is dying slowly in Dhofar, but it couldn’t go away soon enough.

One Response to Burqa Tradition Dies in Dhofar: Not Soon Enough