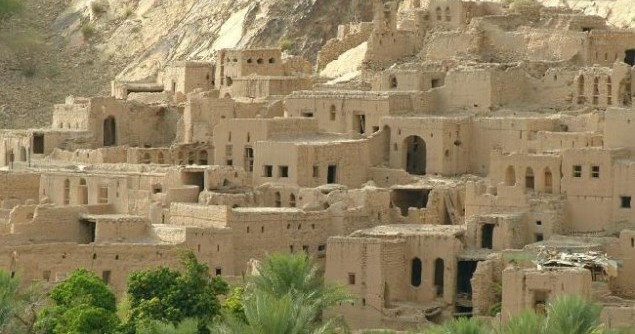 I read recently that Oman is actively trying to embrace tourism, but it’s not yet that evident all over. The country has built all its five star hotels in one city, most of them far enough out of Muscat so nobody ever actually leaves the resort. There is an outrageous lack of street signs, even in Arabic. Historic and natural wonders tend to close over public holidays. You can only fly to Salalah from Muscat, and it’s 1000 kilometres from everywhere. All the most beautiful areas only have unlicenced hotels. There’s no McDonalds on the highways. They have an overt love of squat toilets and an apparent loathing of toilet paper. Crisps only seem to come in chilli flavour. The list goes on.

An efficient tourism industry is something that is not built overnight, and like many countries that open up after long periods of touristic dark ages, Oman is still on the bottom rung of the ladder that sees Paris and the Maldives at the top. It’s a country with plenty to see, that is of little doubt. The problem is finding the sights. It’s interesting watching different economies realise that the tourist dollar is something they want, and how they go about getting it. In Oman’s case, it almost appears like they believes they can come out and say “it’s ok to visit, we want you”, and all will be well. I’m sure that’s not actually the case, and that what I am looking at is a work in progress rather than complete arrogance. It simply shows a tourism budget in infancy, something that needs growth to grow, if you get my drift. Like Jordan, they kind of have to wait for people to come before they can put more effort in. But the question remains – will people come if it remains so hard? Chicken and egg issues are at play.

So, I’m going to do my little bit for the Omani Tourism Department – and give you the pointers you will need to get you to some of the good bits over the next few posts.

I’m going to start with Birkat al Mawz, because it’s pretty much the starting point for a trip to the great unknown that is the Hajar Mountains just inland of Muscat. It’s not on Google maps. It’s definitely not on Apple Maps, who can’t even manage to find the interior city of Nizwa, no matter how I spell it. It’s about halfway between Nizwa and Izki, on the northern road, just a few kilometers from the Golden Tulip Hotel. Not only is internet mapping deplorable in the area, so are GPSs and signposts. So I suggest you learn arabic, or bookmark the positions before you go, or, the best solution, go with someone who’s been before.

Let’s assume you finally get to Birkat al Mawz. You’ll see the fort. It’s close to the entrance of the village, and signposting will send you there. It’s also at the base of the road that leads up Jabal Akhdar, the green mountain (more on that later). It’s old, beautifully symmetrical, turretted, carefully restored,  houses an ancient and large falaj system and palm groves. But if it’s Friday, a public holiday, before 10, lunchtime, after 4, or the wind’s blowing from the north east, then it will probably be closed. That’s a pity, because this is the only thing you will find information on when you research the village online. But don’t give up.

Wave at the locals milling around the gazebo – talking cricket, trading goats and smoking cigarettes, then jump back in your car and go where you you think you probably shouldn’t, into the belly of the village. There’s no signs – don’t even bother to look for them. Just go straight where the signposts point you left to the fort. You’ll go over some sky-high speedbumps, so take it slow and watch the modern candy coloured and double-storey arabic housing give way to the more traditional walled and inner courtyard single story dwellings. Palms hang over white crumbling stone and doors made of aluminium, emblazoned with tulips and crecsent moons are coloured with jade, turquoise and rust. Soon, you will see streets to the left that don’t end in white houses or russet mountain, but in sepia ruins. And then the ruins will also be on your right. Keep driving slowly – they’re one layer back, behind the show house on the corner. Park. Walk.

Make your way towards the mountains – you’ll pass locals. Some will stare. Some will glare. Kids might chase you, practice the English they’re learning in school, ask you back to their house, but Father will probably step out and rush them inside as soon as he sees a camera. Practice your few Arabic phrases, and you’ll probably get a nod and a smile from all of them.

Soon you’ll see that the rendered and whitewashed walls have finished, and you’ll be confronted with weathered Adobe brick in 50 shades of beige. It’s muddy, riddled with straw and powders to the touch. It’s no wonder the ruins are so, but a shame. Much of it still stands – enough to see the form of a village – walls, arched windows, stairs, caved-in floors, painted wooden ceilings.  The falaj still runs through the lower sections. Palm plantations fringe the outer buildings. The sky is stark and blue above you, as it always is in gulf. No clouds even for company. It’s deserted, completely abandoned. Walk through at your own risk. There’s no barriers, no fee, no health and safety, no people. Just you and a totally cool ghost town.