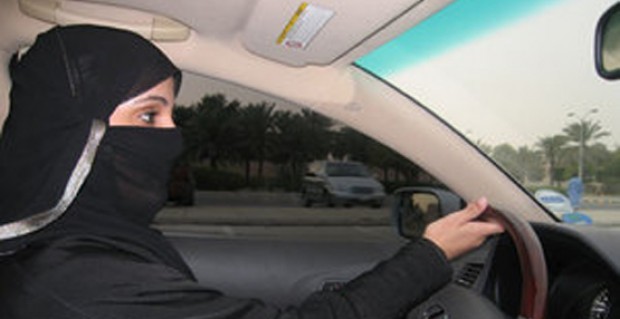 Prison, lashings and Interior Ministry phone threats, fines and pledges drove the women driving movement underground again.  This time around though, unlike in 1990, it was only for a few months before Saudi rights activists geared up again to call for this basic right of no gender discriminations in who gets to drive their cars.

A couple of days back, there were unconfirmed reports that the king has issued a decision to not prosecute women who drive in the general courts. Yesterday morning the news was confirmed by the press. A committee of experts (no word on experts in what exactly) will look into issues related to social conventions and that do to not go against Shariah law.  This of course will probably not sit well with the ultra conservatives since they have been drilling into Saudi people from the first grade that religion has something to say about every single little humdrum detail of our daily lives. However from the wording of the report it is clear that this committee is most likely set up to solely deal with the women driving ban issue. In the report, Mr. Katib Al Shamri, a lawyer, states:

“The most important benefit of this decision is to ease the burden on the judges in issues unrelated to the Sharia and that might cause embarrassment to the judiciary and judges of the Kingdom abroad.”

As the judiciary system in Saudi is mostly run by patriarchal ultra conservatives, anyone else is going to be more sympathetic when it comes to ruling in a woman driving case. And the reference to “embarrassment…abroad” just shows that international news reports and foreign commentary has influence on the support for lifting the ban. This small opening has a part in encouraging the driving movement to rise up again, even though it was already planning to do so in the next few weeks either way.

On Feb 4th Samar Badawy, with the support of her activist/husband Waleed Abualkhair, filed a lawsuit against the Ministry of Interior’s Traffic department for illegally preventing her from applying for a driver’s license since there is no gender requirement in the written laws of the traffic system. The fearless couple have a history of human rights activism including a seven month imprisonment of Samar for refusing the abusive guardianship of her father.

Last June, Manal Al Sharif with the legal counsel of Abdurahman Allahim applied for a driver’s license. As was to be expected, she was ignored. So the next stepthat they took was to file a lawsuit at the Court Administration (Grievances Board) in the Eastern Province on 15 November 2011. The lawsuit is to object to the negative decision issued by the General Directorate of Traffic in refusing to grant her a driver’s license. The lawsuit also includes an action of objection to the General Directorate of Traffic’s persistence in ignoring all other requests for driver’s licenses made by other Saudi women.

With the ever increasing support of lawyers, officials, royal family members, and religious scholars, the women driving movement is getting louder and more sophisticated. These lawsuits cannot be dismissed in the same way that the women who went out in the streets and actually drove were. The ball is in the government’s court now. It’s unlikely and unwise that they’ll punish women for filing lawsuits.