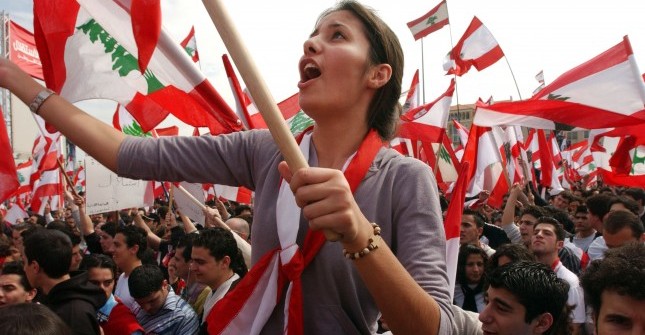 In the media and in the Lebanese public sphere more broadly, the absence of female leaders and experts is blatant. Few media consumers think to mention the fact that 50 per cent of the population is seldom heard or seen in high places. But all of this seems poised to change in Lebanon.

Civil society, in partnership with the media and with the support of the Ministry of Information, is responding to this issue. Women’s participation in the public sphere in Lebanon is becoming a common goal, regardless of political affiliation.

The absence of women from the media limelight has not simply been due to the lack of female political leaders in Lebanon. Despite the fact that there are women in business, academia, arts and the public service who are highly accomplished in their respective professional fields, their expertise has rarely been solicited except when it comes to fields associated with their gender, such as décor, the family and fashion.

A parliamentary election year in Lebanon, the need to endorse women in leadership positions has doubled in importance.

To this end, two non-governmental organisations, the SMART Centre for Media and Advocacy and Women in Front – with the support of the Lebanese Ministry of Information, leading figures in the private sector and media institutions – partnered to work on an initiative called Media Supporting Women Leaders.

Launched in February of this year, the initiative encourages active participation of leading professional women in public debates that shape the country’s future.

Caretaker Minister of Information Walid Daouk, who strongly supports the project, insisted on the need to encourage women’s participation in the political sphere, hailing the project as an important step toward achieving it.

The initiative promotes a series of advertisements on television and radio that encourage women to step forward as voters and candidates, insisting that they should get involved in the political process if they want their concerns to be heard.

The advertisements – six in total – feature different Lebanese personalities, such as women’s rights pioneer Linda Matar. “I’ve been fighting for women’s rights for 60 years. But ever since the country’s independence, I haven’t felt that the Council of Ministers or Parliament has cared for women’s issues,” she says, addressing the camera.

Lebanese athlete Maxime Chaaya adds, “To achieve anything, you need to believe in your goal and fight for it. If you want the law to protect your rights, don’t think anyone else but you can change your future”. Other Lebanese personalities also appear in the videos with a single message: “Go for it, we’re all supporting you”.

Many women experts and leaders express a keen interest to participate in public debates. At least 15 so far have also announced they will be running for parliamentary elections. These female politicians represent different political parties and communities in Lebanon. Some come from the Western and Saudi-backed 14 March alliance, others are from the Syrian and Iranian-backed 8 March alliance, or are running independently. Though they represent conflicting political agendas, they all agree on the need for better representation of women in the public sphere.

This initiative can be a powerful platform for women who have the ambition to lead. Lebanon needs them, from their desire to reform the personal status law (which currently prohibits women from passing on Lebanese nationality to non-Lebanese spouses), to their perspectives on other political issues.

In addition to the media campaign, the initiative has resulted in the creation of a directory consisting of the names, personal profiles and contact information of leading female experts in all fields, challenging the common stereotype that confines female professionals to fields such as education, the arts and communication. The women in the database encompass a wide array of professions, from engineers to doctors, entrepreneurs to bankers, social scientists, economists and political analysts. A print version of the directory will be distributed to media professionals in order to facilitate their work when they are seeking expert opinions to address any issue being publicly debated.

The not-so-subtle message of the directory is clear: with this directory in hand, there is no excuse for the media to ignore Lebanon’s women leaders.

Nada Akl is a media researcher and journalist in Beirut.