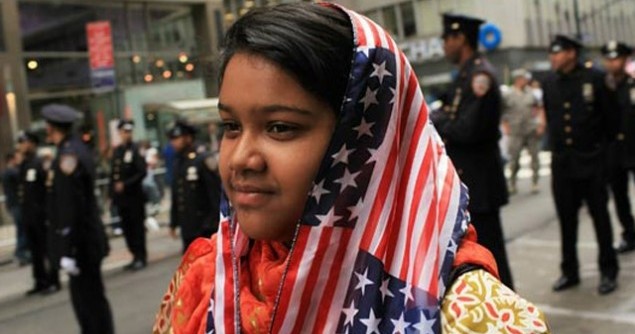 The Muslim Public Affairs Council and the Christian church that provided the council with a venue for its recent conference devoted part of the event  to confront critics who alleged the church is unwittingly furthering an Islamic agenda against American values.

An invitation to MPAC by senior pastor Edwin Bacon, rector All Saints Episcopal Church, to host the conference sparked a flurry of hate mail and national attention in the United States from conservative Christian and anti-Muslim hate groups. Bacon said he saw an opportunity to confront religious bigotry. Although Bacon said, “Christians can be hateful,” the All Saints congregation was “unconditional and enthusiastic” in its support to host the MPAC event.

The conference focused on MPAC’s efforts to join Christians in developing interfaith dialogue to promote better understanding between all religions. The conference was not directly tied to King Abdullah’s interfaith dialogue programs and the interreligious center that recently opened in Vienna. However, Haris Tarin, MPAC’s Washington DC office director, said his organization shares the same goals.

“We want the world to see an example of how all faiths can come together,” Tarin told Arab News. “What we wanted to do in the church will show a good sign for what we are doing in the community.” Bacon said, “We have always been open and hospitable to Jews and Muslims, so what we are doing is not really notable for us. All Saints is deeply committed to interfaith. This is an opportunity to teach American Christians about Islam.”

As Bacon spoke to Arab News in front of the church, a handful of protesters shouted anti-Muslim epithets.
“We pray for them and hope they will be transformed from their violent rhetoric,” he said.
While the conference covered a wide range of topics that address American Muslim issues, the backlash from conservative Christian groups over MPAC’s presence at All Saints set the tone for most of the discussions throughout the day.

Salam Al-Marayati, president of MPAC, said “political extremists” see Muslims through the lens of the Middle East, specifically the Palestinian-Israeli conflict, as a litmus test on how all Muslims are viewed. Often ignored, MPAC members say, is that American Muslim issues do not necessarily reflect what is occurring in the Middle East. American Muslims’ concerns generally coincide with non-Muslims, such as employment and health care.

Persistent criticism of MPAC from the Christian religious right focuses on the Muslim group’s alleged connection to the Muslim Brotherhood. The Brotherhood is attempting to push through a constitution opposed by secularists and liberals in Egypt’s fledgling democratic government.

Critics of the new constitution fear that women and non-Muslims will not gain full rights and that it will dilute efforts to attain full democracy.

Dr. Maher Hathout, a senior adviser to MPAC and often a target by American religious conservatives for his connection to the Muslim Brotherhood, told the conference of about 200 people that he was a member of the Ikhwan when he was 17 years old as part of an effort to rid Egypt of British colonialism. He said he has not been involved with the Muslim Brotherhood for 60 years and has not been part of any foreign organizations during the last 40 years.

Tarin said in an interview that he is optimistic that American political extremism is waning. He pointed to the defeats of Florida Republican Congressman Allen West and Illinois Republican representative Joe Walsh, who are both Tea Party firebrands. West once said that, “Islam is a totalitarian theocratic political ideology, it is not a religion” while Walsh advocated the deporting Muslims from the US.

“I’m optimistic that the negative perceptions will decline,” Tarin said. “(The voters said) we don’t want that kind of extreme rhetoric.” Yet the lion’s share of the work to change the perception of American Muslims will rest on the shoulders of Muslim teens and young adults, Tarin said.

Tarin pointed to himself as a young Muslim 20 years ago unburdened by an Islamic identity because few non-Muslims knew of Islam nor did they have the negative perceptions of Islam before 9/11. Today, any young person with an Islamic name carries the burden of explaining himself to non-Muslims.

“Younger (non-Muslim) people get it,” Tarin said. “Those who have personal relationships with Muslims are less likely to have negative feelings. The challenge is how to get to those people not touched by Muslims.”
He said second and third generation American Muslims are joining the political process, noting that many young adults are engaged in voter registration drives and activism on a local level. He noted that that voters in Teaneck, New Jersey, elected their first Muslim mayor, Mohammed Hameeduddin, through grassroots campaigning.

“We are slowly progressing toward tolerance,” Tarin said.