A Boring and Petty Issue: Women Drivers in Saudi 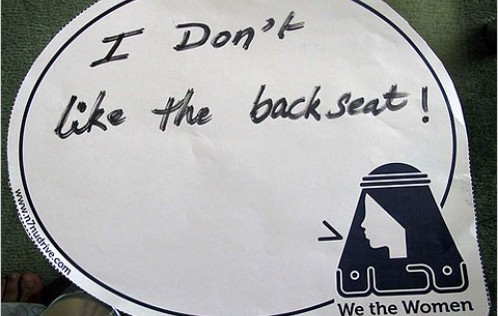 The ban on women driving in Saudi Arabia is a topic that has become tedious due to the uncountable times it has been written about since the 1980s.

Saudi Arabia is infamous for its gender discrimination When it comes to who gets to sit in the driver’s seat. The only thing that rivals it in what the country is known for globally is our never-ending supply of oil. What is ironic is that on both sides, Saudis who oppose and those who are calling for lifting the ban, is that they are in agreement that the whole issue is petty.

Both sides, though, come to this same conclusion of pettiness from different perspectives. Those who are calling for the lift of the ban on women driving point out how the ban is basically put in place as an obstacle to women who otherwise would go out into the workplace and most probably compete with men. However, this obstacle consequently extends to obstructing ease of access to education, health care, work in completely gender-segregated environments and even the basic right to socialize or leave the house for a change of scenery.

Another reason that the ban is in place is the argument that a man in the driver’s seat is a deterrent to neighboring cars from flirting with the women passengers. This whole line of reasoning is easily shot down. First of all, who is to say that the employed driver himself won’t harass the women passengers? Secondly, I cannot count the times I’ve come across Saudi men who completely ignored the driver’s presence and dangerously harassed and chased cars that carry women passengers.

Harassment on the streets will not stop until as a short-term measure we have strict laws that deter men from even considering lifting up their pre-written signs of their cell phone numbers while they drive precariously next to family cars driven by foreign drivers. The long-term measure would be to throw out the whole wolf-hunting-lambs rhetoric that we keep drilling into the heads of our young people until they really believe that being hunter and prey is just the way it’s meant to be rather than mutual respect.  For those who oppose women driving, they come to the “pettiness” conclusion from the perspective of prioritization. They, in a rather elitist tone, put the ban mildly as an occasional inconvenience rather than a full-blown obstacle. And since it is merely an occasional inconvenience there are more pertinent women’s rights issues to speak out about.

They keep asking people involved in women driving campaigns why they aren’t putting this energy into calling for the rights of divorced women to child custody and stable and secure alimony. Or why aren’t they putting this energy into equal rights in pension plans regardless of gender. Or even audaciously demanding that instead of facilitating women transportation we should be calling on the government to pay women a stipend to stay home.

Those who oppose women driving have come to this pettiness conclusion after being cornered because their previous religious and traditions arguments have deteriorated in front of Saudi religious scholars and sheikhs who have publicly stated that there is no religious reason to prohibit women from driving and traditional Beduin women have been driving in rural areas for years. The best thing about this decades-old argument and dialogue is that it’s not as stagnant as it might seem to the Saudi people.

Having reached the same conclusion, especially for the latter group of those who oppose, we can be much more optimistic about actually reaching a breakthrough. In the 1980s and 90s we were calling for something that according to the public forum was a threat to our religion, traditions and our very way of life. Now after all this back and forth, it has whittled down to a petty cause that is not worth the time and effort of national campaigns.

Although this could be considered an insult to those of us who have worked long and hard on these campaigns and have spoken out against this ban, I think most of us are extremely happy that we have made this much progress and are optimistic that this is only a sign of the ban being lifted in the near future.

2 Responses to A Boring and Petty Issue: Women Drivers in Saudi