Urgent To Do’s: A New Constitution and Reconciliation Programme 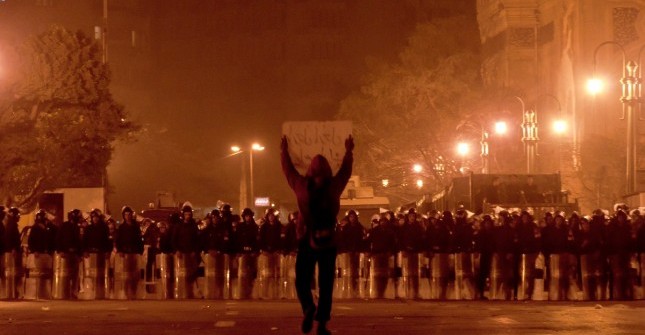 Regardless of whether 3 July was a revolution or a coup d’état against Egypt’s first democratically elected President Mohamed Morsi, the scene of millions of Egyptians taking to streets on 30 June shows that the 25 January Revolution is still in the making. Though it has taken a dangerous slide into violence and social division, this is the nature of revolutions — there are ups and downs and often recurrent cycles of violence and divisions.

If anything, events of the past two weeks have made it crystal clear that Egyptians have become empowered to oust any regime that falls short of achieving their aspirations for “bread, freedom and social justice.” Still, these episodes in Egypt’s history have intensified the divide between those who support Egypt’s first democratically elected government and those who ousted it. But rather than portend greater division in Egyptian society, this can provide a new start.

3 July has created an opportunity to rewrite a better social contract that appeals to a broader majority of Egyptians. The 2012 Constitution championed by parties supportive of political Islam (mainly the Muslim Brotherhood, Al-Nour Party and the Islamic Group) has now been suspended and replaced by a Constitutional Declaration. The 2012 Constitution was written by these parties since secular parties, the Coptic Church and human rights activists withdrew from the Constitutional Assembly. Thus it was approved by only 64 per cent of the electorate, leaving over one-third of voters disappointed in the 2012 Constitution.

A balanced Constitutional Assembly bringing together all the key players in Egypt should be installed to re-write a constitution that can obtain the approval of a larger majority of Egyptians.

A true national reconciliation inclusive of all political factions must be initiated as a matter of urgency. And the Muslim Brotherhood’s Freedom and Justice Party should be at the heart of it, considering they won the majority in the last election and now feel betrayed and alienated.

The political process cannot be successfully initiated without the participation of Islamic parties. The onus is on interim President Adly Mansour to coax all parties – secular and Islamic – to reconcile. Political parties should give up street politics and clashes and head to the negotiating table.

Should political reconciliation be reached, a government of qualified technocrats ought to be formed to run the country during the transitional period. Appointed interim Prime Minister Hazem El-Beblawi should pick promising cadres from both secular and Islamic parties to help the country steer clear of on-going polarisation until a new parliament and president are elected by February next year. Nader Bakkar and Ashraf Thabet of the Salafi Al-Nour party could be good options, especially as the new national reconciliation committee the party proposed is planned and created.

All political factions must put their grievances, prejudices and ideological biases aside and start helping the new government to deliver a road map to save the economy from collapse.

Millions of Egyptians took to the streets on 30 June because their economic situation worsened over the past year. Unemployment soared to 13 per cent, inflation rates inched closer to 10 per cent and food, electricity and fuel problems have worsened over the past year. Anti-Morsi protesters blamed it on the ousted government’s incompetence in dealing with the country’s urgent problems. On the other side, the hundreds of thousands of Morsi supporters who took to the streets since his ouster believe it was difficult for him to improve economic conditions in just one year.

Who is right or wrong is beside the point. Failure to improve economic conditions can drive people to lose confidence in all political elites, and the January 25 Revolution, thus leaving room for a military dictatorship, which according to army generals not even the military wants.

More than ever before it is imperative that all political parties take a step back, do some soul-searching and recognise the mistakes they committed over the past two years in order to learn from them. Islamic and secular parties alike should depart from antagonistic discourse if they really want to end divisions in the country and move Egypt in the right direction. Political inclusiveness is the key for Egypt to move forward.

Mohamed El-Sayed is an Egyptian Journalist.