‘Talk or Shoot?’: Tunisian Society on a Knife-Edge 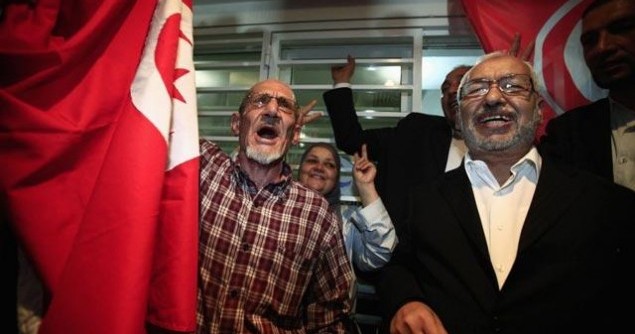 In comparison to Syria, Egypt, Yemen and Libya, Tunisia’s democratic transition, while still in its nascent stages, has been marked with herculean political calm. These days in Tunisia, government headlines change by the second. It’s a full-time job to stay on top of the news as current coalitions dissolve, new ones are formed, and old alliances are renewed. In such a dynamic atmosphere, it is difficult to identify common interests as a basis for national dialogue, however, regardless of political proclivity or economic echelon, Tunisians can unite over a shared desire for better security and increased employment.

On 23 October 2011, with remarkable composure, Tunisians voted in a coalition government, known as the troika, lead by Ennahda’s Hamadi Jebali as Prime Minister, Ettakatol’s Mustapha Ben Jaafer as President of the National Constituent Assembly (NCA), and Congress for the Republic’s (CPR) Moncef Marzouki as President.

While there was public criticism by opposition parties and supporters to the new government’s ascension to power, many Tunisians were ready to give the democratic process that had brought these parties to power a chance.

However, on 6 February 2013, the political balance was shaken again when Chokri Belaid, a prominent lawyer, leading member of one of Tunisia’s leftist parties, Front Populaire, and ardent critic of governing party Ennahda, was shot and killed in front of his home in Tunis. Tens of thousands of Tunisians gathered, for the most-part peacefully, during Belaid’s funeral in Tunis, while protests over poor economic and security conditions continued across the country—most notably in Gafsa, Sfax and Sidi Bouzid, where the revolution is presumed to have begun in 2010. It is still not known who was responsible for the murder of Belaid.

After admitting failure to form a non-partisan government of technocrats and mediate the political deadlock of his country, Prime Minister Hamadi Jebali resigned from government. Former Minister of the Interior and Ennahda member Ali Larayedh, appointed in his wake, told the Tunisian public, “We are going to enter the phase of forming a new government that will be for all Tunisian men and women, taking into account the fact that men and women have equal rights and responsibilities.” He is due to announce the results of the cabinet reshuffle that will assign new roles to existing or incoming ministers.

For many, “equal rights and responsibilities for all” is contingent upon a feeling of national security. As Tunisians ease into a post-Ben Ali era, the state-sponsored sense of security has long disappeared. Last week, the Tunisian National Guard seized AK-47 Kalashnikov assault rifles, rocket-propelled grenade launchers, munitions, and explosives in the town of Mnihla on the outskirts of Tunis. And this is not the first arms depot to be found.

Despite differences in opinions among Tunisians over whether the state should be formally influenced by the Muslim-faith of the majority of Tunisians, or whether there should be a separation of religion and state, there has never been a culture of arms in Tunisia. With arms appearing among the general populace, the majority of Tunisians, regardless of political affiliation, are troubled by this new trend.

Tunisia’s tenuous sense of security is destroying the national economy. International ratings agency Standard & Poor’s downgraded the Tunisian government’s credit rating to BB-, citing political instability as the root cause of the downgrade. With tourism and foreign investment down and an inflation rate at 10 per cent, hopes of the once vibrant Tunisian economy’s recovery seem dismal.

Amongst Tunisians, it is clear that the causes of unemployment are due not only to a lack of initiative on the part of the unemployed, but also to the lack of effort put forth by the government to fix the problem. Additionally, there remains a lack of employers, a problem that will only be solved with an improvement in the political and economic situation of the country that will require the involvement of all Tunisians, regardless of political affiliation.

While many Tunisians are calling for a national dialogue to resolve the current impasse – few are clear on what exactly this means. Dialogue itself cannot be an end to the conflict and tensions, but instead the means by which to collaboratively solve the current problems. And that requires shared interests – in this case a desire for economic and physical security – that will bring all Tunisian parties, and indirectly their supporters, to the table.