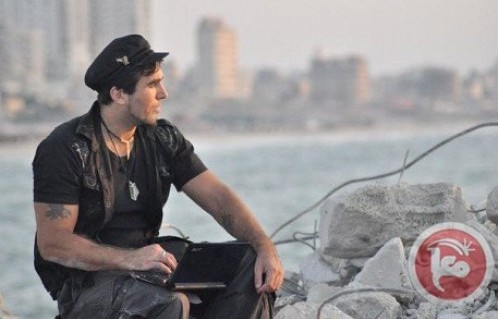 “Dear Mary,” wrote Italian justice activist Vittorio Arrigoni to a friend. “Do you (know who) will be on the boats?… I’m still in Gaza, waiting for you. I will be at the boat to greet you. Stay human. Vik.”

“Mary” is Mary Hughes Thompson, a dedicated activist who braved the high seas to break the Israeli siege on Gaza in 2008. Vittorio Arrigoni, or Vik, was reportedly murdered by a fundamentalist group in Gaza, a few hours after he was kidnapped on Thursday, April 14. The killing was supposedly in retaliation for Hamas’ crackdown on this group’s members. All who knew Vik will attest to the fact that he was an extraordinary person, a model of compassion, solidarity and humanity.

Arrigoni’s body was discovered in an abandoned house hours after he was kidnapped. His murderers didn’t honor their own deadline of thirty hours. The group, known as the Tawhid and Jihad, is one of the fringe groups known in Gaza as the Salafis. They resurface under different names and manifestations, for specific – and often bloody – purposes.

“The killing prompted grief in Gaza, but also despair,” read an op-ed in the UK Independent on April 16. “Not only was Arrigoni well known and well liked there, but it escaped no one that this kidnapping was the first since that of the BBC journalist Alan Johnson in 2007.”   However, Johnson’s kidnappers, the so-called Army of Islam (a small group of fanatics affiliated with a large Gaza clan) held their hostage for 114 days. There was plenty of time to organize and pressure the criminals to release him. In Arrigoni’s case, merely few hours stood between the release of a horrifying video showing a blindfolded and bruised activist, and the finding of his motionless body.

The forensic report said that he was strangled. His friends said that he was tortured. Vittorio Arrigoni’s murder was an opportunity for Israel’s supporters. Most notorious amongst them was Daniel Pipes. He wrote, in a brief entry in the National Review Online: “Note the pattern of Palestinians who murder the groupies and apologists who join them to aid in their dream of eliminating Israel.” Pipes named three individuals, including the Palestinian-Israeli filmmaker, Juliano Mer-Khamis, and Arrigoni himself, and then proceeded to invite readers to “send in further examples that I may have missed.”

Pipes’ list, however, will have no space for such names as Rachel Corrie, Tom Hurndall and James Miller, for these individuals were all murdered by Israeli forces. Pipes will also fail to mention the nine Turkish activists murdered aboar the Mavi Marmara ship on its way to break the siege on Gaza in May 2010, and the nine activists abroad Irene (the Jewish Boat to Gaza) who were intercepted, kidnapped and humiliated by Israeli troops before being deported outside the country in September 2010.  82-year-old Reuben Moscowitz, a Holocaust survivor, was one ofthe activists aboard the Irene, as was Lillian Rosengarten, an American “who fled the Nazis as a child in Frankfurt,” according to a New York Times blog.

The people Pipes failed to mention truly represent a rainbow of humanity. Men and women of all ages, races and nationalities have stood and will continue to stand on the side of the Palestinians. But this story is selectively ignored of pseudo-intellectuals, intent on dismissing humanity to uphold Israel. They refuse to see the patterns in front of them, as they are too busy concocting their own.

Writing in UK Guardian from Rome, on April 15, John Hooper said, “Arrigoni’s life was anything but safe. In September 2008 he was injured (by Israeli troops) accompanying Palestinian fishermen at sea. Two years ago he received a death threat from a US far-right website that provided any would-be killers with a photo and details of distinguishing physical traits, such as a tattoo on his shoulder.”

The group that murdered Arrigoni, like others of its kind, existed for one specific, violent episode before disappearing altogether. The mission in this case was to kill an International Solidarity Movement activist who dedicated years of his life to Palestine. Shortly before he was kidnapped, he wrote in this website of the “criminal” Israeli siege on Gaza. He also mourned the four impoverished Palestinians who died in a tunnel under the Gaza-Egypt boarder while hauling food and other goods.

Before his murder, Arrigoni was anticipating the arrival of another flotilla – carrying activists from 25 countries boarding 15 ships – that is scheduled to sail to Gaza in May. Israeli Prime Minister Benjamin Netanyahu adamantly called on EU countries to prevent their nationals from jointing the boats. “I think it’s in your and our common interest…that this flotilla must be stopped,” he told European representatives in Jerusalem, according to an AFP report, April 11.

Israeli officials are angry at the internationals who are ‘de-legitimizing’ the state of Israel by standing in solidarity with the Palestinians. Arrigoni has done so much to harm the carefully fabricated image of Israel as an island of democracy and progress. Along with other activists, he has shattered this myth through simple means of communication.

Vik signed his messages with “Stay human”. His book, detailing his experiences in Gaza, was entitled Restiamo Umani (Let Us Remain Human). Mary Hughes Thompson shared with me some the emails Arrigoni sent her. “I can hardly bear to read them again,” she wrote. This is an extract from one of them: “No matter how (we) will finish the mission…it will be a victory. For human rights, for freedom. If the siege will not (be) physically broken, it will break the siege of the indifference, the abandonment. And you know very well what this gesture is important for the people of Gaza. That said, obviously we are waiting at the port!

With hundreds of Palestinians and ISM comrades we will come to meet you sailing, as was the first time, remember? All available boats will sail to Gaza to greet you. Sorry for my bad English…big hug…Stay Human. Yours, Vik”

Vik’s killers failed to see his humanity. But many of us will always remember, and we will continue trying to “stay human”.