Scratch, Scratch: The Western Itch To Intervene Is Insatiable 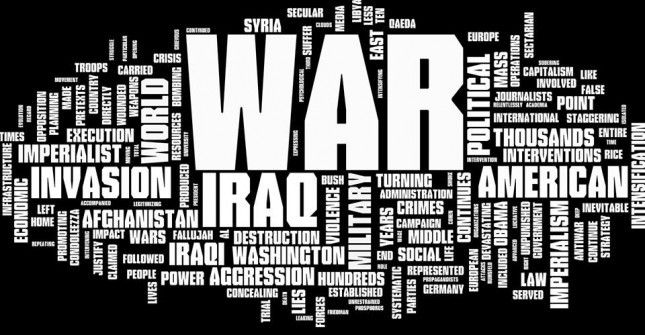 The distance between Cairo’s Tahrir Square and Istanbul’s Taksim Square is impossibly long. There can be no roadmap sufficient enough to use the popular experience of the first in order to explicate the circumstances that lead to the other.

Many have tried to insist on the similarities between the two since it is fashionable these days to link news worthy events, however worlds apart, to other events. Following the popular revolt that gripped Egypt in early 2011, deemed with the ever inclusive title ‘the Arab Spring’, intellectual jugglers began envisaging ‘springs’ popping up all over the region and beyond. In recent weeks, when protesters took to the streets of several Turkish cities, comparisons ensued once again.

Intellectual opportunism however is not a distinct phenomenon, but a reflection of a wider western conception of political opportunism. Once the ‘Arab Spring’ was recognized as an opportunity of sorts, the US, Britain and France were quick to capitalize on it, either to politically reshape the Middle East region or to ensure that the outcome of the revolutionary fervor was to their liking.

While Arab dictators brutalized mostly peaceful protesters, wars, in the full sense of the word, didn’t actualize until the North Atlantic Treaty Organization (NATO) countries began meddling. In Libya, they guided an uprising with a limited armed component to a full-fledged war that resulted in the death, wounding and disappearance of thousands. The war in Libya had changed the very demographic landscape of parts of the country. Entire communities have been ethnically cleansed. Benghazi, whose fate British Prime Minister David Cameron seemed particularly worried about, is now savaged by numerous militias vying for influence. Following recent clashes in the city, the interim head of the Libyan army, Salem Konidi, warned on state Television on June 15, of a ‘bloodbath’. But this time, such a warning barely registered on NATO’s radar.

While selective ‘humanitarian interventions’ is a well-known western political style, the recent protests in Turkey demonstrate that western countries’ appetite to exploit any country’s misfortunes to its advantage is insatiable. The Turkish government however has itself to blame for providing such an opportunity in the first place.

When confronted with the Middle East high-stakes political game resulting from the violent upheaval in the last two years or so, Turkish Prime Minister Tayyip Erdogan, hesitant at first, adopted a political style that was consistent with NATO’s, of which Turkey is a member. For nearly a decade, Turkey had angled for a different role in the Arab and Muslim worlds, a choice that was compelled by the European Union’s refusal to grant Turkey a membership. Germany and France led the crusade against Turkey’s determined efforts to join the growing union.

As the bloodletting reached Syria, the so-called Arab Spring posed a threat to Turkey’s own southern regions and thus forced a hurried Turkish policy realignment, back to the very western camp that precluded Turkey for so long.

It was a peculiar position in which Turkey placed itself, posing as a champion of ‘awakened’ Arabs, yet operating with the traditional NATO paradigm, itself grounded in interventionist agendas. The inconsistencies of Turkish policies are too palpable and growing: as it settled its dispute with Israel over the latter’s murder of nine Turkish activists on their way to Gaza in May 2010, it was hosting top Hamas leaders for high level talks. It is facilitating the work of Syrian opposition that are operating both politically and militarily from Turkish territories, while warning against any plots to destabilize Turkey. At the same time it is paying little heed to the sovereignty of northern Iraq, as it chased after its own armed opposition in the war-torn Arab country for years.

Turkish behavior was ignored, justified or sanctioned by western powers as long as Ankara did so in tandem with the existing NATO policies. European countries however become particularly charged if Turkey stepped over its boundaries, as was the case during the Turkish-Israeli dispute. And it appears that no matter how hard Turkish leaders try to impress, they will always fall short from fulfilling Europe’s selective definition of democracy, human rights and other useful concepts.

NATO’s hypocrisy even among its own members is too obvious. Compare for example European responses to the police crackdown on the Occupy Wall Street (OWS) movement protests starting September 17, 2011 and the massive campaign of arrests, beatings and humiliation of protesters. It turned out that both the FBI and the Department of Homeland Security monitored the movement jointly through their terrorism task forces. This is what Naomi Wolf revealed in the Guardian newspaper on December 29 of last year.

Where was the outcry by the US European ally over such unwarranted practices including the most recent scandal of US National Security Agency (NSA) spying on millions of people using social media and internet technology in the name of trying to catch terrorists? Such practices have become so routine that they rarely compel outrage or serious calls for accountability, aside from such inane concerns as Bloomberg Business Week headlines: “Spying for the NSA Is Bad for U.S. Business.” (June 18)

It is worth noting that few countries in the Middle East, Africa or anywhere else tried to capitalize on the US protests or manipulate the massive societal split between rich and poor to its advantage. There were no heads of state meeting outside the US plotting with the kind of impunity that western leaders often use to determine the fate of other nations. For example, you will not find such titles as “African Union Leaders Meet in Lagos with Occupy Wall Street High on the Agenda.” But Syria was certainly high on the agenda of G8 leaders meeting in Northern Ireland last week. Key issues included: to arm the rebels with lethal weapons, to insist on the removal of Syria’s Bashar al-Assad as a condition for the prospected Geneva 2 conference which could take place in August and such.

While Arab nations are the most affected parties by the wars and upheavals that have destabilized the region, destroyed Syria and threaten the future of entire generations, they seem to stand as cheerleaders on the sidelines as David Cameron, François Hollande of France and Barack Obama, among others, illustrate the path by which Syria’s future is determined, in ways consistent with their interests, and of course, that of Israel’s ‘security’.

But the response of some EU leaders to the anti-government protests in Istanbul, Ankara and Izmir in recent weeks was most sobering. Even Prime Minister Tayyip Erdogan’s best efforts are simply not enough to sway Europe from capitalizing on Turkey’s misfortunes. German Chancellor Angela Merkel quickly took a stance to block “moves to open a new chapter in Ankara’s EU membership talks”, reported Reuters on June 20, supposedly because of her concern regarding the Turkish police crackdown on protesters. Of course the Chancellor is often forgiving when extreme violence is applied by Israel against Palestinians, since no political capital can be attained from such unwise moves.

Meanwhile, western powers will continue to play a most detrimental role in the Middle East, engendering and exploiting further chaos with the help of various regional powers, in the most brazen of ways in order to serve their interests. Not even Turkey, despite proving an irreplaceable asset in NATO’s political and military drive, is invulnerable.

Perhaps, Europe’s double face will compel a rethink among Turkey’s political circles as they calculate their next move. Will Turkey end its role as an outlet for NATO’s policies in the Middle East? This is a question that Turkey must address before they too are engulfed by endless turmoil and inundated by western intervention, as the results are always lethal. Always.