Rape: The Culture of Impunity That Exists in Syria 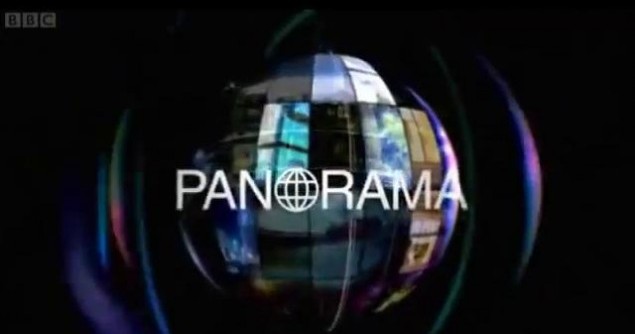 Why is it that rape and sexual violence have become an integral part of most Arab Spring movements?  Why have they become reprisals so widely used in conflict?

Although rape is one of the oldest scourges of war, why did it afflict the Arab Spring countries? Is it the breakdown of all civilized forms of conduct and the release of inhibitions and hidden urges in wartime? Does being armed embolden bearers to abuse other men, women, boys and girls to cover their cowardice and their servitude to rulers and movements?

According to the latest report from the United Nations Human Rights Council, sexual violence is part of a pattern of crimes against humanity inflicted on civilians in Syria.

The witness was working as an activist with a church-based human rights group when he was arrested last November.

The witness says his captors demanded that he confess to smuggling weapons and sending footage of demonstrations to foreign news organizations.

The “rapist officers” behaved like animals, the former detainee says.”They hit me, they kick me, they slap me and they (did) something unfriendly and offensive… I know what happens when they arrest someone. I feel like this is the end.”

At first, he says, a security official began to touch him sexually. There was also an officer who watched what was happening but remained silent. Then he was attacked by a group of three officers.

As he was being raped, he says his attackers mocked him. “You want Assad to quit? This is for saying that you don’t like [Syrian President] Bashar al-Assad.”

A teenage boy was brought into the cell. He, too, was raped. As the assault went on, the boy cried out for his mother.

But — in the words of another survivor — the torture cells of Syria are places where “nobody hears your voice, nobody visits you”.

The woman was arrested at a checkpoint in Homs late last year.Another witness, a woman, told me she had been held for two months in the notorious Palestine Branch of Military Intelligence in Damascus — a building bombed by rebels last May.

As part of the torture, she alleges, interrogators used rats and mice to violate women. She described an assault on another prisoner that she says she witnessed.

“He inserted a rat in her vagina. She was screaming. Afterwards we saw blood on the floor. He told her: ‘Is this good enough for you?’ They were mocking her. It was obvious she was in agony. We could see her. After that she no longer moved.”

“In many cases… victims did not want their families or others in the community to know about the assault because of fear or shame,” the group said.

HRW says sexual violence is used to degrade and humiliate prisoners. Neither they nor the United Nations have so far made allegations of sexual violence against the rebel side.

It also documented cases of sexual violence against detainees in a report issued in June titled, “Syria: Sexual Assault in Detention,” It wrote:

“Syrian security forces have used sexual violence to humiliate and degrade detainees with complete impunity. The assaults are not limited to detention facilities — government forces and pro-government shabiha militia members have also sexually assaulted women and girls during home raids and residential sweeps.”

“Syrian government forces have used sexual violence to torture men, women, and boys detained during the current conflict. Witnesses and victims also told Human Rights Watch that soldiers and pro-government armed militias have sexually abused women and girls as young as 12 during home raids and military sweeps of residential areas.

“Human Rights Watch interviewed 10 former detainees, including two women, who described being sexually abused or witnessing sexual abuse in detention, including rape, penetration with objects, sexual groping, prolonged forced nudity, and electroshock and beatings to genitalia. Many of the former detainees told Human Rights Watch that they were imprisoned because of their political activism, including for attending protests. In other cases, the reason for the detention was unclear but detainees suffered the same abusive tactics.

“Human Rights Watch documented over 20 specific incidents of sexual assault, five of which involved more than one victim, that took place between March 2011 and March 2012 across Syria, including in Daraa, Homs, Idlib, Damascus, and Latakia governorates. The majority of cases were from Homs governorate. Interviewees described a range of sexual abuse by Syrian security forces, the army, and pro-government armed militias referred to locally as shabiha.

“Human Rights Watch interviewed eight Syrian victims of sexual violence, including four women, and more than 25 other people with a knowledge of sexual abuse — former detainees, defectors from the Syrian security forces and the army, first responders and assistance providers, women’s rights activists, and family members.

“The full extent of sexual violence in and outside of detention facilities remains unknown, Human Rights Watch said. The stigma in Syria surrounding sexual violence makes victims reluctant to report abuse. Survivors also may face dangers when they make crimes public, and researchers have had limited access to the country to document abuses. In many cases interviewees told Human Rights Watch that victims did not want their families or others in the community to know about the assault because of fear or shame. In one case, a female rape victim who was willing to be interviewed was not permitted by her husband to speak to Human Rights Watch.

“Even when they may wish to seek help, Syrian survivors of sexual assault have limited access to medical or psychological treatment and other services in Syria. Survivors who have fled to neighboring countries also face obstacles in seeking treatment, including limited service options and inability to access services that are available because of social taboos surrounding sexual abuse, families restricting their movement, and the fear of being subjected to so-called ‘honor’ crimes.

“It is critical that survivors of sexual assault have access to emergency medical services, legal assistance, and social support to address injuries caused by the assault; prevent pregnancy, HIV, and other sexually transmitted infections; and to collect evidence to support prosecution of perpetrators, Human Rights Watch said…”

Although UN High Commissioner for Human Rights Navi Pillay has called for the allegations against the Syrian government, including sexual violence, to be referred to the International Criminal Court, the license to rape and kill goes on unabated.

And as I have written many times before on this blog: Rape is rape is rape…

How long will the “culture of impunity” be allowed to carry on in Syria?