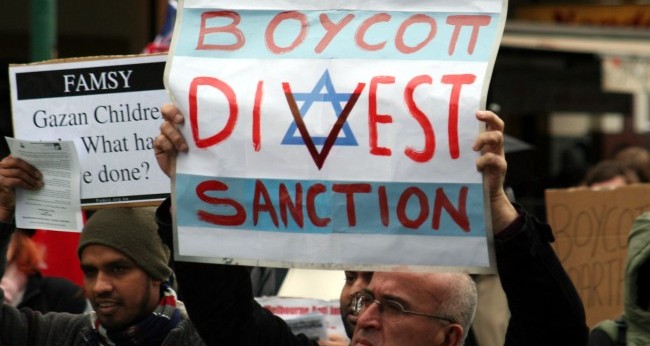 In the midst of a difficult and often surreal situation, I’m organising a meeting for a group of Palestinian and Israeli educators on the road to the Dead Sea – colleagues and friends of mine. These are teachers, school principals, leaders of community organisations, informal educators, musicians and artists. I’m talking about unusually dedicated, kind, principled, passionate people who work actively for a more humane, more just, more peaceful future for themselves and the ones they love.

The obstacles in the way of our meeting come at us from all directions. Palestinians from the West Bank and Gaza regularly do not receive permission from Israeli authorities to enter Jerusalem; the US government imposes restrictions on funding that tie up program implementation in excruciating red tape; Palestinians who have permission or who hold Jerusalem identification cards face growing opposition from advocates of an academic and cultural boycott of Israel.

Such a boycott is related to the anti-normalisation campaign. In its broader definition, a growing number of Palestinians, and people who identify as their supporters, believe that if an Israeli university or educational organisation that works with both Palestinians and Israelis does not explicitly condemn the Occupation, it must be boycotted. The underlying assumption is that participation in such programs reinforces the status quo.

The academic boycott and the anti-normalisation campaign against educational organisations has grown out of understandable frustration and anger. But an economic boycott is one thing; a boycott of educational organisations committed to dialogue is something else. Trying to stop such initiatives is absurdly counter-productive for all who want a future in the Holy Land that is more just and more humane.

Those who argue for a cultural and educational boycott that includes universities and people-to-people educational organisations operate under a serious misconception. Meeting with somebody from the other side as part of an organised encounter does not mean an acceptance of the status quo. Learning about other perspectives does not entail agreement. Meetings of the kind that I’m talking about are not just fun. To the contrary, sessions often end in tears. Participants emphasise how difficult it can be to face the other side. It takes bravery.

Seeds of Peace – the organisation that I work for – and other similar organisations build tents in the desert. We create safe spaces where people from across the lines of conflict can meet, engage in a challenging and often painful process, speak their truth and listen to others with radically different points of view. Instead of accepting the status quo – it is a precious opportunity to transform it.

Political partisans from all sides want to pull the tent in their direction. But it is critical for the tent to remain sturdy and strong in the desert, where such tents are in short supply.

The American political scientist Ian Lustick’s 2013 op-ed in the New York Times, “Two-State Illusion”, might be right, the two state solution might be dead. John Kerry, Mahmoud Abbas and Benyamin Netanyahu might surprise us. But whatever scenario unfolds, Israelis and Palestinians are stuck with one another. Lustick writes that to avoid “catastrophic change,” both sides need “to see and then adapt to the world as it is.” But how can Palestinians and Israelis do this if they have such radically limited and superficial interaction, if they have such little sense of the other side?

From my perspective, those who favour boycotts of universities and organizations that provide the opportunity for dialogue are building another wall. The challenge is how to operate beyond the physical walls, security fences and bureaucratic obstacles. Here are two suggestions.

First, build a chain of centres on the Green Line where Palestinians and Israelis can meet regularly without the need for permission; get commitment from the international community to fund these centers so that they are vital and full. Imagine a set of people-to-people initiatives that provide Palestinians and Israelis the opportunity to meet and fight it out with all of their might—with words, with evidence, with facts, with the weight of good arguments, with the full presence of their existence as human beings who deserve justice and peace.

Second, education must be a track in the peace process – just as water, Jerusalem and refugees. Palestinian and Israeli leaders must make education for cross-cultural understanding, mutual respect and civic engagement an active priority.

Dr Daniel Noah Moses is the Director of Educator Programs at Seeds of Peace. He lives in Jerusalem.