Bin Laden: “He Must Have Longed for Death…” 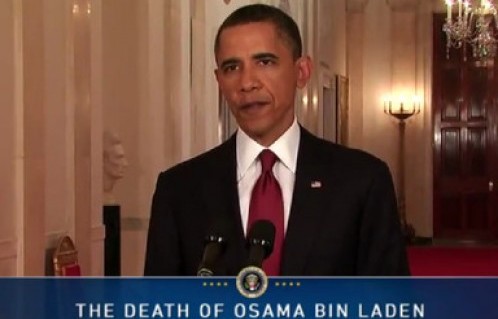 Some thoughts on Osama’s death:

He must have welcomed it. For a man who so craved attention and respect to spend however many of his final years locked up in that villa, living in the equivalent of house arrest, must have felt like a living death. The famous video him taking a stroll in whatever mountain haven he inhabited before 2001 is evidence of his love of the outdoors – confirmed by stories of his children dreading yet another excursion in his company in the mountains of Tora Bora. No amount of reverent visitors would have made up for his enforced seclusion behind four concrete walls.

He will have effectively been waiting for death. He must have known that he would be found sooner or later. He will also have known that his hopes of an Islamic caliphate had been greatly diminished by the Arab Spring. And he will have realised that – be it in a villa or a cave – his imprisonment was for life.

On the other hand, if he had been taken alive, he would have been diminished in the eyes of his supporters, much as Saddam Hussain was when he was dragged out of his hole, dishevelled and lice-ridden. As things stand, the myth of Osama will forever be more powerful than the human being. And there is no guarantee that there will not be as many killings in retaliation for his death as there might have been if he was taken alive. Letting him live would also have removed the stigma of extra-judicial execution.

What was Pakistan’s role? President Zardari’s claim that Osama’s capture was the result of longstanding cooperation between the US and Pakistan – but that his government had no idea where he had been – may hold some water. On the other hand, suggestions that the military – and particularly the ISI – must have known where he was, may be correct. Their motivation might have been to keep him where they could have kept an eye on him and those who visited him. At some stage, when they deemed it politically advantageous, they could have handed him over to the US.

But it is also not a dumb idea to hide in an unlikely location such as a military cantonment. Firstly, because it would be last place anyone would look, and secondly because Waziristan – where he was reputed to be – was subject to regular drone attacks. So it would have been safer to receive visitors in a seemingly secure area. It is possible that he was living in Abbotabad entirely undetected.

If it turns out that the ISI or other elements of the military were aware of his presence, or even protecting him, this might still not be inconsistent with Zadari’s position or that of other Pakistani politicians. The military is a state within a state, and the ISI is most likely a state within a state within a state. Pakistan is not like the US, where a chain of command from the President downwards is followed without question. The ease and regularity with which the military has taken the reins of power on several occasions in Pakistan’s history is evidence of its independence. It is entirely possible that the politicians simply do now know the full extent of the activities of the military, and especially of the ISI.

What next for US-Pakistan relations? It would be wrong to describe Pakistan as a failed state along the lines of Somalia, but it is certainly fractured, and hosts many power bases besides the military – the religious factions and the feudal landlords of the Sind and Baluchistan, for example.

Whether these factions and power bases act in concert or each according to its agenda, Pakistan is a diplomatic nightmare for the United States, because its dealings with the country have to be multilateral. There is always the question of whether a single power base calls all the shots in the country, so no certain guarantee that any agreement through normal diplomatic channels will stick.

Pakistan is not a stooge of the West. It has a population of almost 200 million very proud people. Its expatriates live in great numbers across the Middle East. Sons and daughters of Pakistan hold British and American passports in equally great numbers. Like its cousin India, it is a force to be reckoned with. It may be poor, but it is not insignificant.

For an insight into how many Pakistanis think of themselves, read this post – What do you think we are – by Ali Shah, a Riyadh-based Pakistani businessman who writes the Real Talk Blog. I don’t agree with all his ideas, and he might not agree with my opinion on the fractured nature of the Pakistani state. But for people in the West who see Pakistanis as constant victims of natural and man-made disaster, Ali Shah’s edgy piece provides a telling counterpoint.

Whatever the effect on Al Qaeda of Osama’s death, Pakistan remains the political lynchpin of the region. The US and its Western allies will be focused on relations with that country for years to come. Although the West has leverage it can use – primarily economic – it must realise that Pakistan will do nobody’s bidding and follow no agenda but its own, even if it seems that there are multiple agendas in play. There are few more daunting diplomatic challenges for the West.