Obama’s Advice to Troubled Leaders: ‘Hang on in There’ 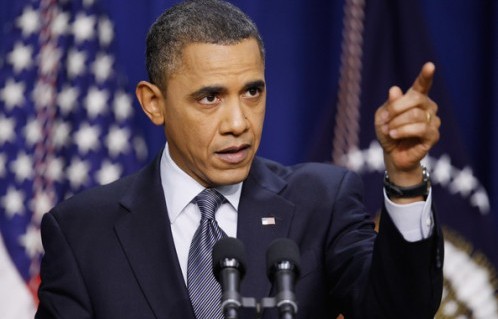 Obama, Clinton, Gates know how to pick their friends. Exactly the same ones as Bush, so what is the difference between the administrations? Wall Street Journal (Adam Entous and Julian Barnes):

After weeks of internal debate on how to respond to uprisings in the Arab world, the Obama administration is settling on a Middle East strategy: help keep longtime allies who are willing to reform in power, even if that means the full democratic demands of their newly emboldened citizens might have to wait.

Instead of pushing for immediate regime change—as it did to varying degrees in Egypt and now Libya—the U.S. is urging protesters from Bahrain to Morocco to work with existing rulers toward what some officials and diplomats are now calling “regime alteration.”

And here’s a great post by Paul Woodward on Libya:

“There is no neutrality in this war. If you don’t support the revolution, you are by default against it.” My conclusion is that all the familiar players in Washington and Tel Aviv – for their own various reasons – don’t want the Libyans to succeed. A Libyan revolution would further threaten Israel and the Arab autocrats. Obama out on a limb with support for rebels, but too weak and cowardly to challenge the Washington power structure and the wishes of the Israelis. Quite a turn of events. A Qaddafi come back would show the strategy for all the other autocrats.