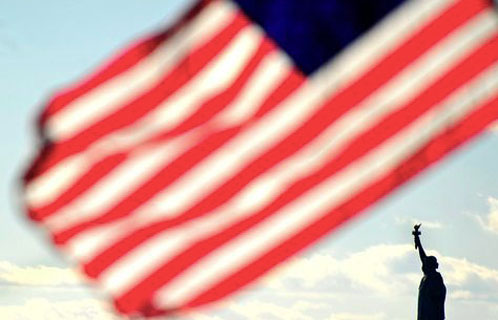 Something special is happening in Boston, a good omen for things to come. Young men and women from across the Arab Gulf states started holding regular meetings over a year ago. Every fortnight like clockwork they gather with a set agenda and discuss pressing topics affecting their region.

Three pillars form the basis of the Khaleeji Club: Infitah (openness), Mosharaka (participation) and respecting the other opinion. The club is open to all Gulf students in Boston of both genders, all opinions are welcome and members can suggest any topic for discussion. “If we have been denied the right of free speech back home we will welcome free speech in Boston,” I was told by one of the students. They were keen on stressing that the idea behind the club is to serve the interests of GCC students. These enterprising Gulf students refused to take money from any Gulf embassy in order not to be subjected to their diktats and to be able to speak their minds freely.

Their topics are most inspiring. Recently, Mohannad Al Suwaidan, a law and politics student at Tufts who happens to be the current head of the club, printed the constitutions of the six GCC states and discussed the merits and weaknesses in each. Qatar, he told me, not only had one of the most impressive constitutions in the region, it also had a most impressive parliamentary building. “Too bad there are no elections and no parliament to occupy it,” he said.

They decided from the onset that in order for this club to work it has to be egalitarian; not only were women amongst the founders of the club but some of the main speakers were successful Gulf women who set examples for both genders. One such speaker was Dr Hayat Sindi, an acclaimed Saudi researcher in nanosecond technology at Harvard University.

Her lecture was attended by 40 Gulf students in Boston, their biggest turnout yet. In fact, Dr Sindi was the first speaker to have also addressed Boston’s Khaleeji Club’s sister chapter in Toronto, which is also made up of Gulf students in Canada thereby allowing the students to share resources.

The Khaleeji student members of this young club have also held smaller meetings in their home countries when they returned last summer, in order to keep the momentum going. In fact, so far ahead were they that while the academic year was in recess the students elected Mohammad Bashammakh, a final year student, to be the summer session chair. Bashammakh told me that he chose to discuss the issue of reading in the Gulf as the summer topic, debating the number of books that were printed in the Arab world, whether original works or translations.

The students also invited Al Batool Baroom, a Saudi masters candidate at Harvard Graduate School of Education, to conduct a two-week programme on the present state of education in the Gulf and solutions to academic challenges. Fatima, a law student at Suffolk and Noor, a clinical pharmacy student at Massachusetts College of Pharmacy, spoke of how inspired they were following Baroom’s programme.

Recently, Mansoor Al Badran, a film buff who is planning on continuing his studies in Los Angeles after graduating from Boston, screened Bess ya Bahar (Cruel Sea), a 1972 Gulf classic that IMDB describes as a period piece about Kuwait before the discovery of oil, when fishing was the predominant occupation.

Members are able to put forth their names to lead the club for a period of two months at most. Although this club is just over a year old it already counts six former leaders, more than all Arab states put together. When I attended a session in September, Mohammad Badkook, the first head of the club was also in attendance. He told me of how he approached students to introduce them to the idea and of holding the first meeting in the lobby of a hotel.

Today, the students are seeking to register the Khaleeji Club in various colleges in order to use the conference halls. Baraa, an advertising student at Suffolk University and Vice-President of the 100-member Saudi Club there said that the latter had offered to host events in their college facilities. Their future plans are to open a chapter in Washington DC and to start incorporating the spirit of TED talks. The Khaleeji Club is also making use of Facebook and Twitter (http://twitter.com/Khaleejeboston) to reach out to as many Gulf students as possible.

So impressed was I during the encounter that I tweeted: “Now meeting with Gulf Arab students union in Boston. These gentlemen and ladies are years ahead of their leaders.” The good news is, one day in the not too distant future, these aspiring Gulf students will very likely be in leadership positions in the Gulf.