Israel’s Lack of Respect for the US Equals Disaster 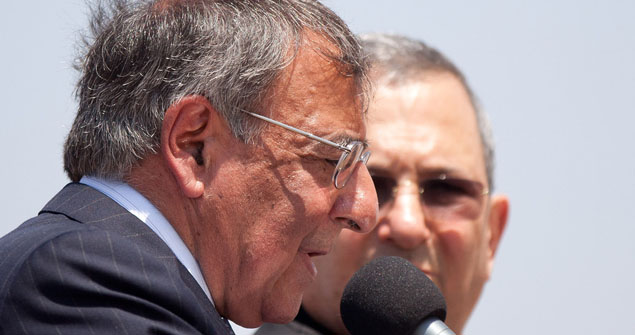 There are those Israelis and other serious Middle East observers who don’t believe Israel will attack Iran.

They’re far too optimistic in my view.  It foolish to talk in such definitive terms as Larry Derfner does in the 972 Magazine post linked above.  Leon Panetta , Tom Donilon and members of the Joint Chiefs don’t flock to Tel Aviv for its sunny beaches.  They come because they’re damn scared Israel will take matters into its own hands and they want to do everything possible to avoid such a potential catastrophe.

Panetta is the latest U.S. emissary to seek (probably in vain) assurances from Bibi-Barak that they won’t do anything foolish, especially not before the November elections.  It won’t be the first time Panetta tried this.  Only a few months ago, he made a similar visit and came away similarly empty-handed.  The only difference this time is that Bibi has made the absolutely stupid move of practically endorsing Mitt Romney before a world audience in Jerusalem.  As a result, there were heated words spoken (Hebrew) behind closed doors, largely by Panetta.

Maariv conveys the gist of the conversation via Israeli sources and the language used is almost unprecedented in its harshness:

In meetings with the defense minister and prime minister, they criticize the U.S.’ “restrained” policy toward Iran.  Israeli sources say: Washington is talking about Israel as being “piggish.”

…Panetta expressed frustration with Barak and Netanyahu’s expression of a lack of faith in America’s commitment to stopping the Iranian nuclear program.  The Americans talk of Israel’s ungratefulness for our unceasing support for Israel’s security.

If I were Obama I would’ve told Panetta to take Bibi to the woodshed for his little romantic interlude with Mitt earlier this week.  But this president doesn’t seem to have the guts to engage in such political hardball, which is one of the reasons that Bibi will never respect or fear him.  A political opponent who doesn’t pay a price for truculence or obduracy is only encouraged to be more stubborn and more “piggish” in future.  I’m sorry to say that an Israeli leader who neither respects nor fears an American president is a recipe for disaster both for Israel and America.  Obama has yet to find that out.  But if American-made F-16s streak across the Middle Eastern skies to hit targets in Iran, he will discover this and pay the political price.

Bibi’s comments during his press conference with Panetta are another example: he had the chutzpa to stand before the secretary of defense and warn him that the time to deal with Iran through peaceful means was growing short.  This was a not so veiled threat: if you fail to do it your way–and you will–we have our own ways.  And our way involves bullets and bombs.

If you ever needed a reason to believe it’s more important to read this blog than the NY Times’ Jodi Rudoren take a look at this article and note everything she missed that’s here.