Bahrain: Reconciliation In Need After Bassiouni 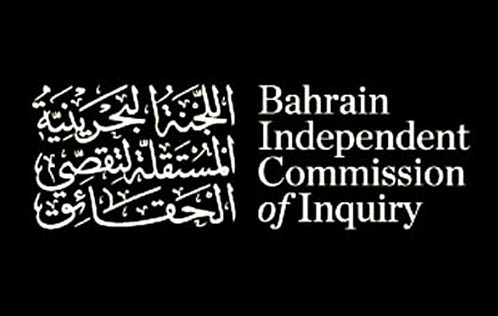 Many people in Bahrain, myself included, will have worn our eyes out last night going through the online version of the Bahrain Independent Commission of Inquiry report into the events of earlier this year.

It’s shocking. But the question is, what now?

To my sore eyes, the report is magisterial, dispassionate and distressing to read. Accounts of torture, violence and intimidation – between both sides of the sectarian divide, against the South Asian community held to be connected with the security forces and by elements of the security forces – are not surprising if you have lived through the events, read the media coverage and spoken to people involved. In an island as small as Bahrain everyone knows someone.

The report is extraordinary in that it deals with events so recent. In the United Kingdom it took a quarter of a decade for the government to commission an inquiry into the events in Londonderry known as Bloody Sunday. The Chilcot Inquiry into the circumstances of the Iraq war of 2003 is not due to report until 2012. Truth and reconciliation commissions in a number of countries where human rights abuses have taken place typically review events from many years in the past.

I don’t propose to comment in detail on the Bassiouni report. Bahrainis and international observers will no doubt be speaking and writing extensively on the subject over the coming weeks. There will be conflicting views both within and beyond the island.

What is important now is that the actions of the Government – as documented in Bassiouni – to repair the damage, the measures announced in recent days and the recommendations in the report create a head of political steam sufficient to bring the parties together in order to create a new consensus. Without that consensus, nobody wins.

A few days ago I was in Saudi Arabia. A Saudi friend observed that it is a common trait in the region for people to work out their excuses in advance of anything going wrong. And when things go seriously wrong, to form a committee of inquiry that churns away for years, and for any findings  – should the committee ever get round to reporting – to be quietly buried. By that time, the thinking goes, the problem will have gone away, to be replaced by newer, more pressing issues.

In contrast, to commission an independent report carried out by a team with impeccable credentials, publish it so quickly, and then sit in public beside the authors of the report on its release, knowing its painful contents, were acts both of courage and leadership by King Hamad.

Whether that courage is matched by leaders of the various factions in looking beyond their entrenched ideological positions, and by ordinary people whose lives were so dramatically affected by the events of 2011 in rising above their personal pain, remains to be seen. I have no doubt that it can be done. The peace process in Northern Ireland, the Truth and Reconciliation Commission in South Africa and the personal forgiveness by countless victims and relatives of victims in those countries point the way for Bahrain.

Finally, when reflecting on the horrific accounts of inhumanity inflicted during the unrest, I thought back to a post I wrote fifteen months ago called The Thin Veneer. Although the theme of the piece was about how corporate values disintegrate in adversity, the observations about individual values in political crises are worth reprising here, I think:

It’s easy to go along with behaviour which you know in your heart is wrong, especially if your personal wellbeing depends on it. Very few people have the courage to stand up and blow the whistle. Change does not come about because of a spontaneous uprising of people who simultaneously stand up and protest. It usually happens because one or two people are brave enough to risk everything to bring it about. The rest of us join in when we feel we have sufficient strength in numbers to guarantee the preservation of our jobs, families and way of life. Most of us just go with the flow, or worse still subordinate our values by actively taking part in the wrongdoing.

When Robert Maxwell’s UK publishing empire came crashing down, and it was revealed that he had plundered the Daily Mirror pension fund to keep the business afloat, many of his employees and associates rushed to condemn Maxwell as a cheating monster. Did they protest while they were taking his shilling, even though they knew that his business ethics were deeply flawed, to say the least?

It’s easy to take the moral high ground when we have nothing to lose by doing so. Daniel Goldhagen in his book “Hitler’s Willing Executioners” presented compelling evidence that the holocaust was not a crime perpetrated by a small group of Nazi fanatics. It was, he claimed, an event in which huge numbers of Germans enthusiastically participated. The victors in the Second World War were able to take that high ground (despite one of them, Stalin, being responsible for many more deaths in his own country than Hitler and his cronies managed in the countries they occupied) and execute the leading perpetrators at Nuremburg. The rest were left to live their lives. As People of the Book would have it, they would await their punishment from God.

Yet I suspect that if Britain had been defeated and occupied by Hitler, we would have been just as willing to participate in the holocaust as the citizens of the counties defeated by the Nazis. Just as many in Rwanda, including Catholic priests, abandoned their values and participated in the slaughter there. Not to mention the Bosnian Serbs, the Cambodians, and, as I write this, the people of North Korea, Darfur and the Congo.

Let him who is without sin cast the first stone.