Praying for Rain in Jordan, Forecast Not Good… 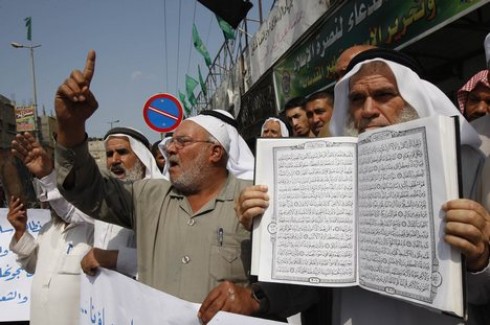 It’s interesting that in a conflict where people are divided over land, it is water that has the ultimate power to unite or otherwise. As for Jordan, it’s hard to not notice the extent to which the lack of rain has become a topical issue for most Jordanians.

It seems everywhere you go, people seem to be talking about it. Thousands of people showed up at the Amman International Stadium on Friday to pray for rain, as did many others all across the country. It is officially the driest year on record since 1992. The forecast these days doesn’t look to good either.

To make matters worse, 2010 was a pretty bad year for agriculture in Jordan and with the lack of rainwater these days, 2011 will probably do much worse, translating in to disastrous results for the sector of which many low-income Jordanians depend on – to say nothing of the consumers who are struggling to endure high prices of staple goods.

It is easy for some to brush aside the lack of rain water as just another ordinary occurrence, but in a country like Jordan, where every drop matters, the situation these days will have serious ramifications across the board. It is likely one of the few things that has the power to ripple through the entire country for the rest of the year, hitting agriculture, farmers, consumers, exports, subsidies, taxes, water availability, etc.

It is something that many in Amman take for granted, until we are faced with a repeat of the summer of 1998, where for weeks, even the richest of Jordanians had trouble getting their hands on the most precious resource in the Middle East.