Is Turkey Really the Right Model for Egypt? 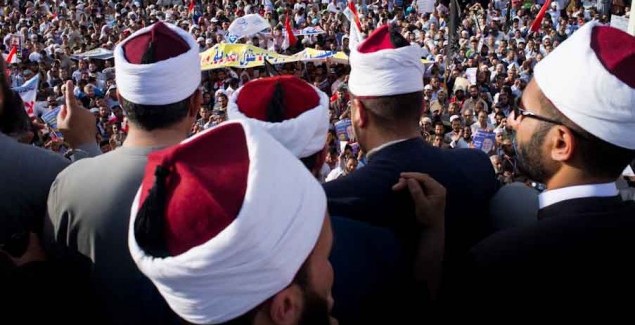 Last week, Egyptians went to the polls to participate in the first presidential election since Mubarak’s downfall in February 2011. Going forward, the new president, who will be elected in the second phase of elections in June, should look to examples from other countries that have undergone successful democratic transitions.

When asked what leader outside their own country they most admired, a recent poll from the University of Maryland found that 63 per cent of Egyptians answered Turkish Prime Minister Recep Tayyip Erdoğan, indicating that Egyptians may be interested in learning from Turkey. Turkey can serve as a relevant model because it has successfully dealt with three key challenges facing Egypt – the relationship of the army to a civilian government, economic growth and fostering positive international relations.

In terms of the first of these issues, Egypt is currently struggling with what role the Supreme Council of the Armed Forces (SCAF) should play in the new government, and how much power it should hold. While the situations of Egypt and Turkey are different, Turkey provides a useful model when it comes to checking the army’s power through the rule of law, rather than violence.

Turkey’s ability to curtail the army’s influence has generally been judged to be a success. The army in Turkey appointed itself the guardian of Turkish secularism and has ousted four governments since 1960 when military leaders said that the government was failing to uphold secular values.

However, when a plot was disclosed that army generals were attempting to topple current Prime Minister Erdoğan’s government in 2008, everyone (including members of the army) was held accountable to the law. The police are investigating the case, detaining suspects, including army officials such as former Chief of General Staff General İlker Başbuğ, while the courts and Parliament monitor the process to ensure fairness.

Even in this time of transition, Egypt has demonstrated the importance of upholding the rule of law. The Administrative Court’s recent decision to suspend the newly formed constituent assembly because of the lack of diversity demonstrates that there are indeed checks and balances in Egypt’s system.

The country can build on this foundation going forward.

The second key challenge is the economy. Turkey’s Justice and Development Party (AKP), an Islamic political party, has managed to maintain power primarily through its economic policies, rather than religious ideology. Although the Reuters news agency calls it “Islamic-leaning” and media often focus on this aspect of its identity, AKP leaders insist that the party should be judged by policies and not ideology.

This approach has proved to be a recipe for economic development. Rather than focusing on creating an Islamic state – like the Al Nour party in Egypt, which calls for Islamic law to serve as the guiding principles for political, social and economic issues – AKP leaders’ main focus has been raising standards of living.

This interest is not altruistic, but based on practical political goals. The AKP is aware that people will only re-elect the party if it can prove its value. This decision will not be made based on religious arguments, but economic achievement. Turkey’s GDP grew 9 per cent in 2010, suggestive of this model’s success.

Egypt, whose GDP increased by approximately 1 per cent in the past year, can adopt the same attitude. Some leaders, such as Muslim Brotherhood presidential candidate Khairat el-Shater, have made strides in this direction by emphasising the need to increase private investment in development. What is needed now is to move past rhetoric and implement such proposals.

When it comes to the third challenge, fostering positive international relations, Egypt can learn by following Turkey’s lead on “middle ground” policies. Turkey is a member of the Council of Europe, but is also a leading member of the Organization of the Islamic Conference, evidence of its “middle ground” policy between Europe and the Middle East.

Egypt is well-situated to take similar actions. Geographically, Egypt’s Suez Canal links Africa and Asia, making it ideally situated for exports. Egypt has the potential workforce for manufacturing, as one of the world’s youngest countries with two-thirds of its population under 30. Just as Turkey exports appliances to Europe, Egypt has enormous potential to reach African and Middle Eastern markets.

Egypt and Turkey share many things in common, and it would benefit Egypt to take the best lessons from its neighbour’s success story, creating its own.

Mustafa Abdelhalim is an award-winning journalist working for several newspapers and broadcasters such as Al-Ahram and the BBC.