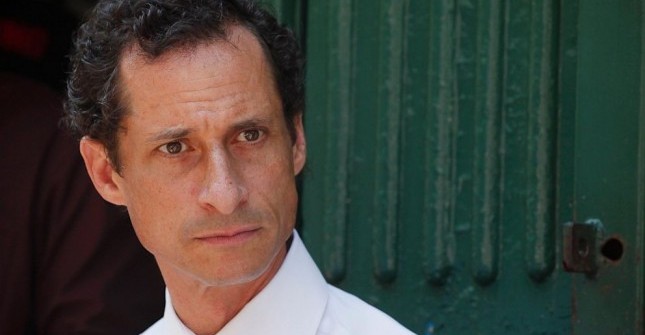 The real scandal surrounding Anthony Weiner is that he is bigoted against Palestinians and used to misuse his position in Congress to support punitive policies against them. Americans appear to be bored by policy, titillated by private peccadilloes [well, OK, years later it is clear that these are a mental problem, not just peccadilloes]. But it is the policies that are important. Mahatma Gandhi was once kicked out of a brothel in South Africa. No one judges him by his lapses.

Weiner, in contrast to Gandhi, has not worked for peace but has rather given knee-jerk support to the worst policies of the most far rightwing parties in Israel toward Palestinians. A social liberal in American terms, Weiner is so blinded by his allegiance to Israel and so studied in his ignorance of the Middle East that he . . . played a uniformly sinister role in that aspect of foreign policy [when he was in Congress] . . . And no one, not Chris Matthews or anyone else, ever called on him to leave public life for this inhumanity.

1. Called for Columbia University professor Joseph Massad to be fired for being critical of Israel; Weiner thus spearheaded a new McCarthyism.

4. Alleged that the Palestine Liberation Organization is still listed by the US as a terrorist organization. It was dropped from the list over 2 decades ago.

5. Tried to bar the Palestinian delegation to the United Nations from New York.

6. Alleged that Mahmoud Abbas, President of the Palestine Authority, is not the head of the PLO. He is.

7. Refused to condemn the use by Israel of cluster bombs on the civilian farms of south Lebanon in 2006.

10. Voted for Iraq War authorization in 2002, before later turning against the war.