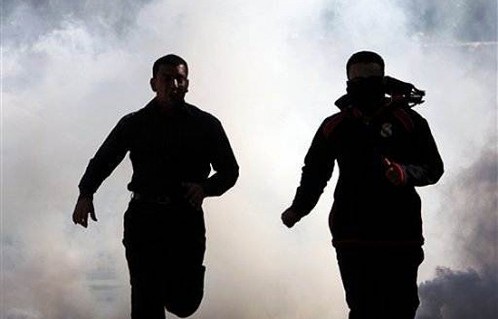 The challenge of political reform is the most urgent challenge facing the six Arab Gulf states but it is unlikely that the Arab Spring will make these states more democratic for two reasons.

First, the tragic events in Bahrain have had a profound negative impact on political reform movement in the region. Second, it is becoming amply clear that forces of status quo in the Gulf states are stronger than forces of change at this moment in history. Hence, although democratisation is badly needed, it should not be expected any time soon in the Gulf.

The Bahrainis’ demand for social justice, democratic reform and constitutional monarchy was certainly legitimate and resonated well with the wider public in the Gulf. But the opposition and some reform activists went ahead of themselves in their demands to overthrow the ruling family. In the process the government panicked and nearly lost control.

The society was badly split along a sectarian divide. Worse yet, regional interventions of the benign and cancerous type became imperative. Bahrain had the best opportunity to implement constitutional monarchy. Instead political reform experienced a huge setback not just in Bahrain but in the rest of the Gulf.

This was a shattering experience and a bad example of political reform. The lesson for the other Gulf states is that hasty democratisation opens up a Pandora’s box into the unknown. Instantly, regime survival and political stability became priority number one.

The only way to keep stability is to energise forces of the status quo which is nearly on full alert throughout the Gulf. Continuity, not change, has always been the preferred wisdom in the largely conservative Gulf. Many believe that the old way is still the best way. Although not totally immune to winds of change the Gulf states are pulling the huge resources at their disposal to stop forces of change from picking traction.

The deep thinking in this part of the Arab world is that the Gulf states are different and will remain different: we are not Egypt, Tunisia, Libya or Syria and no one wants to repeat the Bahraini experience. The Gulf believed that economic prosperity, plenty of socio-economic achievements, high standard of living, relatively small population, tribal way of life, rock-solid traditional sources of legitimacy, deep and genuine respect and trust of reform-minded leaders, little if any pressure from the West, as well as the power to act as a group, namely the GCC which does not exist anywhere else in the region, give them enough immunity against the unusually strong winds of change of 2011. Gulf exceptionality is a fact of life that is worth preserving by all means including resorting to heavy-handed measures when threats to the status quo are real.

No Gulf state is taking the revolution avalanche of 2011 lightly. They know it could be very deadly, as the case of Bahrain shows. But what is comforting to the Gulf is that they have gone through several difficult challenges in the past 40 years.

Collectively they survived the challenges of independence of the 1970s, the Iranian revolution and the 8 years of the Gulf War of the 1980s, the Iraq invasion of Kuwait and its aftermath of the 1990s and September 11 and the war on terror of the first decade of the 21st century. These were life-threatening challenges. They survived it and have become good at adjusting and adapting to changes. They have developed their own readymade menu on how to survive domestic and regional challenges.

This means eventually the Gulf states have to attend to the issue of political reform. They need to come to terms with the growing demand of the younger generation, the middle class and the more global segment of society who are craving for more freedom. Also, the Gulf cannot ignore the impact of the Arab Spring for too long. This wave of democracy is very close to home. As democracy takes hold in Egypt and Tunisia and other places throughout the region, political reform in the Arab Gulf states has become unavoidable.

Despite the ongoing endeavours of such countries as Kuwait, Oman and Bahrain to introduce some form of parliamentary democracy, the Gulf felt rather comfortable among non-democratic regimes. That margin of comfort is eroding fast. After decades of political stagnation forces of change are finally challenging the status quo.

If we look at the landscape of the Arab world in the first half of 2011, the common thread that binds all the different cases of uprising is the call for freedom, political reform, democratisation, dignity and the end to corruption. This is unlike the past 50 years when forces of status quo looked very enduring.

Even US President Barack Obama has made it clear this week that the US is not going to act as a pro-status quo force from now on. 2011 has been a rupture year for all. Without enacting political reform the Gulf will look ever more anachronistic by the day. They need to provide more freedom, create more representative institutions with real power.

The sooner it is implemented the better it is for the Gulf states no matter how exceptional they look. This is one topic that will not go away. It will keep haunting the Gulf. It cannot be ignored or postponed for too long. Democracy cannot be sacrificed for stability. Democracy and stability have to go hand in hand; they are two necessary faces of a healthy regime and good governance for the 21st century.