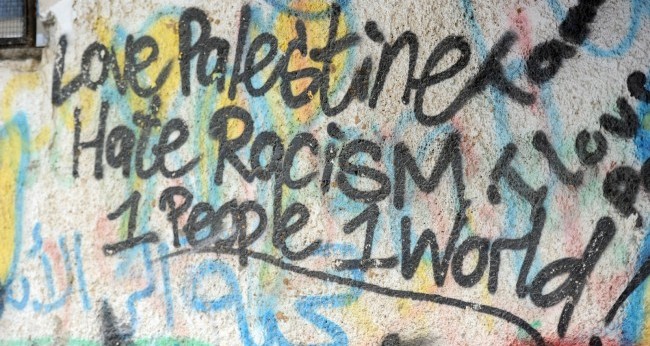 The distance between Gaza and Ramallah in sheer miles is hardly significant. But in actuality, both cities represent two different political realities, with inescapable cultural and socioeconomic dimensions. Their geopolitical horizons are vastly different as well – Gaza is situated within its immediate Arab surroundings and turmoil, while Ramallah is westernized in too many aspects to count. In recent years, the gap has widened like never before.

Of course, Gaza and Ramallah were always, in some ways, unalike. Demographics, size, topography and geographic proximity to Arab countries with different political priorities have always made them separate and distinctive. But the Israeli occupation of East Jerusalem, the West Bank and Gaza in 1967 had decisively removed Ramallah from its Jordanian element, and Gaza from its Egyptian political milieu.

Although they are both Palestinian towns, decades of spinning in the background of collective Arab affairs created a distance that at times felt too great to condense. The Israeli occupation however revitalized that common Palestinian experience of a shared struggle against a common enemy. Despite its many shortcomings, the Palestine Liberation Organization (PLO) eventually filled the gap of leadership, thus unifying the ranks of Palestinians in Ramallah, Gaza, and the Palestinian Diaspora.

Despite its endemic corruption and questionable democratic credentials, the PLO has done more than unify Palestinians around a set of political ideals and ‘constants’, but throughout the years it has helped in knitting a unique Palestinian political discourse, laden with revolutionary references, global in its outreach and yet exclusively Palestinian in its attitude. There was indeed a time in which a Palestinian teacher in Kuwait held similar ideals to a refugee from Lebanon, to a student in Russia, and to a laborer in Gaza.

Those times are long gone and many factors contributed to the demise of the collective Palestinian discourse. Regional and international circumstances lead to the fragmentation of the PLO and the rise of the Oslo era under the patronage of the United States and other western governments. Not that the acquiescence of the Palestinian leadership in Sep. 1993 was completely unexpected, but the speed and direction of that retreat was so excessive and punishing, representing an equal crisis comparable to previous Arab military defeats.

A defeat in battle often results in overwhelming alteration to the landscape, but Oslo was a submission of defeat and the acceptance, if not embrace of all of their resultants. A psychological defeat is worse than a battlefield conquest.

Sometimes overtly, and at other times subtly, the rapport that unified Palestinian society for generations began to dissolve. The PLO was quickly sidelined in favor of its localized copy, the atrociously factional Palestinian Authority. Factions outside the PLO grew in their relevance and outreach in an attempt to fill the gap. Groups like Hamas, however, were not prepared for their sudden upsurge.

While they embodied the resistance that countered the PA’s surrender, they lacked a well-rounded political discourse and uniting language. They appealed to an Islamic world that doesn’t exist in actuality as a political force, and eventually settled for near complete reliance on a few Arab states with confused, but surly, self-serving agendas.

It is no longer clear what Gaza and Ramallah still have in common. It is evident that the languages spoken in both of these cities are different, the grievances vary, and the political expectations are no longer in tandem. This is in fact much more dangerous than a case of failed leaderships, for it is a breakdown of a national discourse or even worse, a fragmentation of a national identity.

Of course, many Palestinians in many places still deeply care about Palestine, but they don’t care the same way, or more specifically, they generally don’t rally for the ‘Palestinian cause’ around a set of common goals, emanating from a set of common ideals.

This is perhaps one of the reasons why the Boycott, Divestment and Sanctions (BDS) movement grew exponentially in recent years to more than groups of activists calling for a boycott of Israeli goods and such. There is a clear thirst for alternatives. Oslo has done more than divide Palestinians into many political strands. It has also confused and fragmented their supporters as well.

When the late Palestinian leader Yasser Arafat signed the Oslo accords twenty years ago, the debate then was concerned with ideas and issues that are still relevant today: negotiating peace amid the growth of illegal settlements and under military occupation, Arafat’s lack of a moral and political mandate to sign off historical rights of an entire nation, Israel’s sincerity and American predisposition to support Israel under any circumstances, etc. But for Palestinians, the debate should, and must be extended to include the dangers that are unlikely to remain long after the Oslo conspirators are gone.

Bold and very difficult questions must be asked and addressed without frenzy and further division. How long can the Palestinian people sustain their sense of nationhood under political tribalism, geographic division, factionalism, relentlessly polarizing media discourses, the renting out of Palestinian political independence to donor and Gulf countries, the marginalization of Palestine in the wake of Arab turmoil and civil wars, and much more? Should Palestinians be expected to sustain their sense of common identity purely based on their shared sense of injustice invited by the Israeli occupation, Apartheid and discrimination?

Palestine is more than a flag and an anthem, and Palestinians are united by more than their factional affiliation, political sympathies or their detestation of the Israeli soldier and the military checkpoint. But neither the political leaderships in Ramallah, nor in Gaza are capable of defining or representing real Palestinian identity that spans time and space.

The fragmentation of Palestinian identity will not cease, but will intensify, if a third way that is born out of the collective will of Palestinians, is not introduced to Palestinian society and advocated with unwavering resolve. This third way cannot be elitist and must come from the streets of Gaza and Ramallah, not academic papers or press conferences. Only then, Gaza and Ramallah can find their historic rapport, once more.