‘Establishment Jewish Influence’ on the Wane in U.S – Beinart 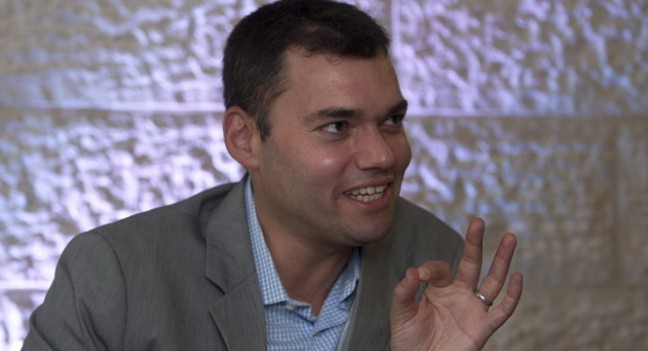 An excellent column by Peter Beinart in Haaretz says this is the year the two-state solution ends. He puts the blame squarely on the Israel lobby for its inflexibility and says what few say openly in the U.S., organized Jewish influence on the matter is losing traction for global and sociological reasons.

2014 will be the year that America’s Israel debate begins to pass the organized American Jewish community by. The first reason is the end of the American-dominated peace process. Despite John Kerry’s best efforts, the most likely scenario is that 2014 will be the year he fails….

Kerry himself has said that if “we do not succeed now, we may not get another chance.” He’s right. If he fails, the United States won’t take another shot until it inaugurates a new president in 2017, and maybe not then. In the meantime, the Israeli-Palestinian struggle will move outside Washington as Palestinians take their case to international organizations, college campuses, religious and labor groups and European consumers. And for the organized American Jewish community, that’s a disaster because universities, international organizations and liberal religious groups are exactly the places the American Jewish establishment is weak.

Notice Beinart’s stress on the lynchpin of Zionism, establishment Jewish influence in the U.S.

It’s sadly ironic. The organized American Jewish community has spent decades building influence in Washington. But it’s succeeded too well. By making it too politically painful for Obama to push Netanyahu toward a two-state deal, the American Jewish establishment (along with its Christian right allies) is making Washington irrelevant…

But the decline of the American-led peace process is only one reason 2014 may spell the decline of organized American Jewish influence. The other is Iran. For two decades, AIPAC and its allies have successfully pushed a harder and harder American line against Iran’s nuclear program. In Congress, where a bipartisan group of senators has just introduced new sanctions legislation over White House objections, that hard-line agenda remains popular. But in the country at large, it risks alienating the Americans who will dominate politics in the decades to come.

The American Jewish establishment won’t become irrelevant anytime soon. But 2014 may be the year when the downward trajectory of its power becomes clear. Wiser American Jewish leaders, aware of the BDS movement’s efforts to move the Israeli-Palestinian conflict outside of Washington, might have pushed Netanyahu to embrace the core tenets of a two-state agreement, and thus given skeptics more reason to believe Washington can still deliver.

When Peter Beinart closed Open Zion, I said that it was because the end of the two-state solution and unending Israeli intransigence left him as an impresario/intellectual/community-organizer with nowhere else to go but left, toward one person, one vote– and he was determined not to go there. Jeffrey Goldberg saw the trend nearly three years ago: “The left… believes that settlements are a manifestation of Zionism’s true nature. I disagree with that argument strenuously. But I will say this, though: The left position on this question has the wind at its back.”