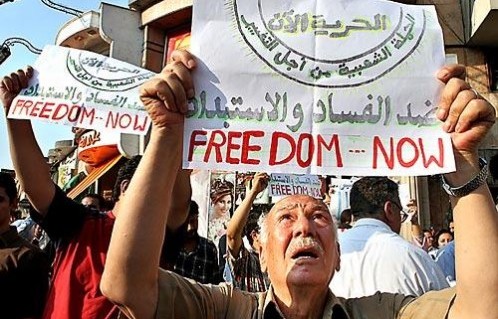 The attention of many has begun to wane in the face of what is seen as the “administrative” phase of the revolution as Egypt transitions from the revolutionary protests of last month to the first rounds of post-Mubarak elections in the coming weeks – and with a newly appointed Prime Minister, Essam Sharaf.

Yet, there are still several critical steps that need to be taken to ensure Egypt is on a path toward a stable democratic system of government.

While the Supreme Council of the Armed Forces – the transitional authority tasked with governing the country – and the committee it has appointed to amend the country’s constitution have shown a commitment to preparing for upcoming parliamentary and presidential elections, important gaps remain that leave the system vulnerable to corruption and possible foreign influence.

On 26 February, the Supreme Council released its proposed constitutional amendments to the public in advance of a 19 March public referendum that will give the amendments the power of law. Parliamentary elections are scheduled for June, and three months later the country will hold its presidential election. The June elections will set the overall political tone for the presidential election and, more importantly, the very composition of political parties in the parliament may determine who is nominated to run for the presidency.

In addition, the new parliament will be tasked with determining if the constitution should be rewritten.

There is a need to enact measures that facilitate the formation and strengthening of political parties, and regulate campaign finance, either by referendum before 19 March or in the subsequent laws prior to the parliamentary elections. The ongoing state of emergency in the country must also be rescinded.

As one method for determining presidential candidacy, Article 76 of the proposed  constitutional amendments allows, political parties that have at least one parliamentary seat to nominate a candidate for president. This new policy for presidential nominations is extraordinary for Egypt, which has had one political party – the National Democratic Party (NDP) – in control for over 30 years. But despite this reform, there is a further need for concrete laws regarding the credentialing of political parties.

There is no institution in place to ascertain whether a candidate is from a legitimate party. Although Article 88 of the new amendments reinstates the judiciary as the body responsible for monitoring elections and addressing electoral legal grievances, it does not vest in them the authority to legitimise or certify political parties.

A second issue in need of immediate attention is the lack of any campaign finance law. Thus far, no cap has been put on campaign spending or the amount an individual can donate. Political groups would be able to accept unlimited funding from individuals, corporations or even foreign powers interested in influencing the presidential elections. This may open the door to wealthy donors to essentially fund campaigns in full and “buy” seats in parliament either for personal gain or so that the party they are contributing to nominates them to run for the presidency.

This will leave the Egyptian political system ripe for corruption – a critical element that was an underlying cause of and fuel for the revolution. In essence, the Egyptian parliament can become a pure product of lobbies, rather than a body that can govern in the interest of the people.

Lastly, the Supreme Council has yet to remove the emergency laws put in place by former Egyptian President Hosni Mubarak 30 years ago. The emergency laws not only vest broad powers in the police, allowing for arrests with no accountability, but they stifle speech and debate – key components of democratic political campaigns. It is impossible for candidates to speak candidly or in some cases even run for office if they feel that they may be up against a police favourite in any district. The continuation of the emergency laws serves as a deterrent for candidates with a strong platform of anti-corruption, anti-torture or anti-police brutality from running for office.

To address these problems, the Supreme Council must not only immediately lift the emergency laws so that citizens may have time to prepare for the parliamentary elections, it must put in place laws that vest the power of political party credentialing in a government body and that put limits on campaign financing. The laws should have a sunset clause in place so that they may be re-addressed by the newly-elected parliament.

However, in the interim, there is a need for a clear and expedited process so that the upcoming elections are free, fair and the first step toward a well-functioning and representative political system in Egypt.