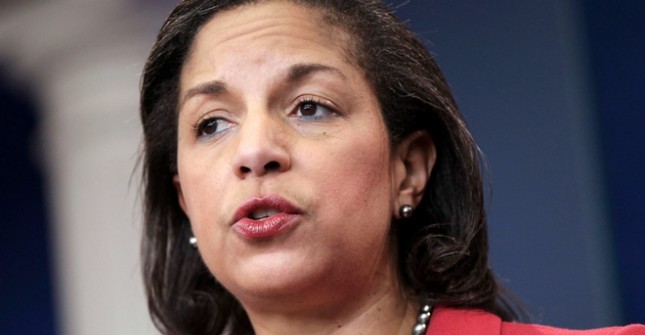 There are days when reality parodies better what the likes of Mark Burnett in Expedition Impossible can come up with. Take 1,400 U.S. military personnel, ship tons of heavy military equipment to Agadir and Marrakech, add more than 900 Moroccan RAF staff to the mix and invite 14 partner nations from NATO, but then as they are about to kick-start their pre-planned annual war games, blow the whistle and call the whole thing off because a clumsy US bureaucrat at the United Nations decided to put the kibosh, albeit briefly, on the longest peace and friendship treaty that the US have with a foreign power.

You could not make it up, really. That’s what actually happened this week when Susan Rice hatched a plot supposedly on her own or more likely with the wink and nudge of some malevolent hand to undermine Moroccan sovereignty over Western Sahara.

The result is a hand grenade in the Moroccan royal palace that no one really anticipated even in the most far-fetched of Hollywood scenarios. That definitely got everybody’s hackles up in Morocco from your average Omar and Nadia to the most seasoned diplomats. What’s more upsetting is to see senior US security and military officials have eggs on their face in Agadir and Marrakech. And, believe me, it was not a pretty picture either. They were all left dashing left, right and centre wondering what on earth has possessed their Moroccan counterpart. Sunstroke. Definitely not.

The answer is to be found hidden in Susan Rice’s drawer. Her draft document was a pernicious and malicious idea meant to remove bit by bit Morocco’s authority over Western Sahara to satisfy the greed and voracity of the anti-Moroccan lobby, which operates in Washington and New York on behalf of the cack-handed but brutal military junta of Algeria.

Humphrey Bogart and Ingrid Bergman of Casablanca may possibly have applauded the ingenuity and creativity of these graceless co-conspirators. However, this gauche idea would definitely not have pleased a former US diplomat who runs the show at Rick’s Cafe in Casablanca. Just imagine the pretty place packed with Russian spies, Iranian agents, North Korean loonies and Chinese businessmen plotting together to take over lock, stock and barrel the running of the show in this sensitive and strategic part of the world.

Western powers would rue the day a certain Susan Rice had been promoted above her station under Obama’s administration. Of all the gin joints in all the towns in all the world, Susan Rice walks into the minefields of North Africa and the Middle East. Unprepared, unready, unaware and more significantly unsuspecting of the trap that the moustached and evil-minded generals of Algiers were laying for her.

Luckily, the wise men and women of the Obama administration in Washington who know the ins and outs of this tricky part of the world came alive in time and swept clean Rice’s mess far away from the U.N. headquarters. Now is the time for the US military personnel to enjoy the golden beaches of Agadir where they can have some rest and relaxation, play football with the local kids and enjoy Moroccan hospitality despite the blues that befell them once they were told that what their commander in chief sent them to do was postponed to a later date.

The sages at the Pentagon know very well that Morocco is the only safe place in the whole Muslim world where their soldiers can walk, talk and interact with the local population without fear of being stabbed or murdered by some crazed person sent by a mad mullah, and more interestingly without staying inside some green zones or high fortification.

What’s more, the wise heads of the Central Intelligence Agency are also well aware that Morocco is the only safe place in North Africa and the Middle East where their future intelligence officers can be sent to live with a local Muslim family to learn the language and culture of this troubled parts of the world.

Many a Peace Corps volunteers who spent time in Morocco working in projects for technological, agricultural and educational improvement are now in office across the MENA region serving their homeland with professional aplomb.

Let’s hope for the sake of more than 200 years of US-Morocco peace and friendship a mediocre person is not allowed once again to blemish this pristine record. Amen!