‘Be Pragmatic and Flexible’: Message for Brotherhood 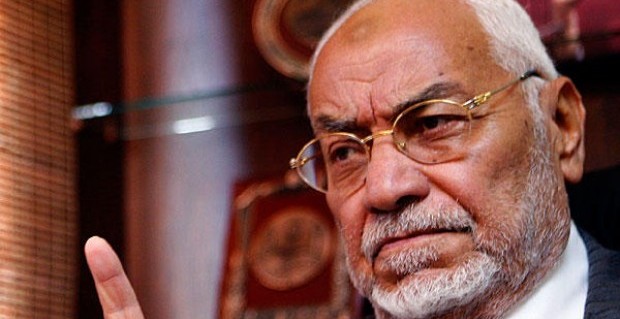 Rapid political developments have become a fixture of Egyptian politics in the post-Mubarak era. In the past few days, former International Atomic Energy Agency Director General Mohamed El-Baradei established a new political party, saying he hopes to revive the values of the revolution; and Saudi Arabia withdrew its Egyptian ambassador due to protests and unrest.

Egypt’s constitutional assembly, charged with the crucial job of drafting the country’s new constitution, is also in the midst of change. In March, Egypt’s parliament created the 100-member assembly, which included representatives from parliament, civil society and religious bodies.

After an initial flurry of resignations from the constitutional assembly from members of parliament affiliated with small parties who felt they did not have a voice, there were several high profile withdrawals, including those of the representatives of Al-Azhar and the Coptic Church.

Due to this criticism, Egypt’s administrative court suspended the constitutional assembly in early April; however, the court’s decision is still subject to appeal. What Egypt most needs now is to reform the constitutional assembly so that it includes greater representation of Egypt’s diverse social and political spectrum, and Islamic political parties have a role to play in this.

It is increasingly important that these parties make a genuine push for greater political dialogue if there is to be any hope of democracy in Egypt and a diverse constitutional assembly. They must broaden their narrow coalition and allow themselves to be subjected to greater influence from minorities and other political groups. Beyond the widely reported under-representation of both Copts and women in the constitutional assembly, Egypt’s Nubians, Sufis, Shia population and other religious and ethnic minorities were entirely side-lined.

The omission of all but one of Egypt’s revolutionary activists who risked so much in the uprising was perhaps the most galling of all.

The Muslim Brotherhood is both pragmatic and flexible with regards to who they engage with. Indeed many Egyptians assume that the Supreme Council of the Armed Forces (SCAF) and the Muslim Brotherhood have long had some type of arrangement with regards to their respective positions of power. While the Brotherhood’s realpolitik has served them well thus far, it has contributed to a growing negative perception that they are self-interested and power hungry.

It is important both for the democratic future of the country and its minority groups that the Brotherhood transform these negatively perceived traits into tools for greater pluralism and democratisation. They should use their vast political experience positively by forming coalitions with democratic groups from civil society, small political parties and groups representing social minorities, rather than forming coalitions based mostly on self-preservation.

Currently, the Muslim Brotherhood is struggling with fundamental insecurities over the continued domination of Egypt’s political sphere by the SCAF, which likely prompted their decision to field a presidential candidate, Khairat El Shaiter (who was later disqualified based on electoral law technicalities). However, the Brotherhood pledged earlier not to field a presidential candidate. Its leadership likely recognises that this decision has turned some Egyptians against them, and that pressure on them continues to grow.

The Muslim Brotherhood should risk political security to embrace working with a broader coalition of political parties and social minorities. This would contribute to a pluralistic environment that is both more resistant to the ruling military council and more conducive to fostering the kind of democratic political system so many Egyptians risked their lives for. A plural political system will ultimately benefit everyone involved in the political process, including the Muslim Brotherhood itself.

Nour Bakr is a British Egyptian freelance writer who focuses on Middle East politics, and is a regular contributor to Your Middle East and Comment Middle East. You can follow him on Twitter @nour_bakr.