‘Arab Spring’ Is All About Sex, Apparently 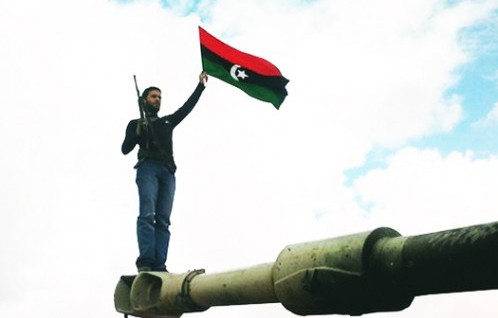 Now that we are about to officially head into the Autumnal paradox of the Arab Spring, there is no limit to the excess of punditry about why it happened, is happening and will continue to happen. Back in February, the historian Bernard Lewis weighed in on the current uprisings for an interview in The Jerusalem Post (which, for those with any historical memory, is not your parent’s Jerusalem Post). The article begins with Lewis’s summation in a nutshell: “The sort of authoritarian, even dictatorial regimes, that rule most of the countries in the modern Islamic Middle East, are a modern creation,” he notes. “The pre-modern regimes were much more open, much more tolerant.”

Ah, yes, that Golden Age of Islam when the caliphs of the Arabian Nights were the community organizers of their eras. Surely Al-Hakim bi-Amr Allah did not really mean to destroy the church of the Holy Sepulcher in Jerusalem a millennium ago. That “more open, much more tolerant” pre-modern political paradise is as absurd as the more common Islamophobic trope that Muslims have always ruled by the sword. Indeed, as Lewis notes, the modern dictators in the region are a modern creation, but (as Lewis does not mention) largely the result of Western carving up and interference after World War I.

But the part of the interview that is most telling is the Freudian framing of the Arab twitter generation. I note here the question from the interviewer and the response by Lewis:

As we look at this region in ferment, how would you characterize what is unfolding now? Can we generalize about the uprisings that are erupting in the various countries? Is there a common theme?

There’s a common theme of anger and resentment. And the anger and resentment are universal and well-grounded. They come from a number of things. First of all, there’s the obvious one – the greater awareness that they have, thanks to modern media and modern communications, of the difference between their situation and the situation in other parts of the world. I mean, being abjectly poor is bad enough. But when everybody else around you is pretty far from abjectly poor, then it becomes pretty intolerable.

Another thing is the sexual aspect of it. One has to remember that in the Muslim world, casual sex, Western-style, doesn’t exist. If a young man wants sex, there are only two possibilities – marriage and the brothel. You have these vast numbers of young men growing up without the money, either for the brothel or the brideprice, with raging sexual desire. On the one hand, it can lead to the suicide bomber, who is attracted by the virgins of paradise – the only ones available to him. On the other hand, sheer frustration.

The fact that a young man (or woman) in Tunisia, Egypt, Libya or Yemen cannot get a job and make a living at home is not the tipping point for Lewis; no, it is pure jealousy — give me hamburgers and blue jeans or give me death — don’t tread on my cell phone. Then there is that particular “another thing.” If as a young Arab man you can’t get laid, then you might as well go out in the streets and brave the dictator’s thugs and tanks. After all, unlike the casual West, you can only get sex in marriage and in the whore house.

This will no doubt come as a surprise to the many Arabs who somehow, like their counterparts in the West and just about everywhere else on earth, do manage to find sex, even if it is with the same sex. Lewis rules out the possibility that the “raging sexual desire” of young Arab men (not sure how raging he thinks sex is with Arab women) cannot be assuaged manually in private. Perhaps because in his way of thinking such young Muslim men are too busy trying to find the proper hadith on which way they should face when they pee?

So here is the scenario. You are an Arab young man who cannot find a wife or even afford to get married and, of course, there are no prostitutes (unless you take a cheap flight to Europe or some other Christian enclave), so only two options exist. The first option is to strap on a suicide vest, blow your private bits to tiny bits along with whoever else is in the area and have an eternity of hot heavenly sex with seventy plus virgins (mind you the kind that stay virgins). If you are squeamish about this, then throw your hands up and admit your “sheer frustration.” Now twitter all your friends, go out into the public square, yell “Down with the Dictator” and please do not brush up against the off-limits body of a veiled woman.

Such speculation is not virgin territory for Lewis, at least as far as the critic Edward Said was concerned. In his Orientalism (1978), Said accused Lewis of characterizing the Arab male as incapable of true revolution because he is essentially castrated and unable to get either it or civil protest up. Either way — the Arab as raging with sexual desire or the Arab with a flaccid political spirit — Lewis finds Freud more useful for explaining current political and cultural events than Marx. So here is a glinter of hope for dictators like Asad in Syria: if you want to stay in power, legalize prostitution. As long as your people are sexually satiated they will not rebel. So if a young Arab man wants sex, give it to him and keep them happy. Of course this will not stop the Western donations flowing for fighting counter terrorists at play in virgin territory.