‘A Mental Defect’, Mr Brooks? Try Looking in the Mirror. 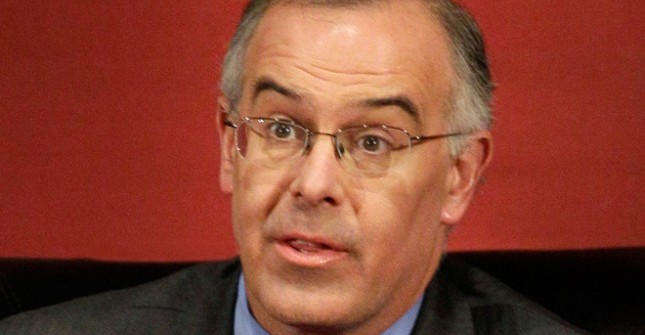 In today’s New York Times, talking head David Brooks makes what I think on a certain level could be a valid point, but suffers a “mental” lapse in the process. He divides the camps weighing in on the recent military “coup” in Egypt as those who emphasize process and those who emphasize substance. Starting with a simplistic binary is only the first mistake. Process and substance are hardly independent variables.

The process he talks about is “democracy,” as though any time a bunch of ballots are collected in what the Carter Center would call a “free election,” there must be democracy. In the Egyptian case, the Carter Center noted that the election was “marred by uncertainty.” It is obvious that there is no “free” election anywhere in the strict sense. People are often intimidated or so ideologically driven that they do not consider the options available. In many elections, Egypt and Iran being only recent examples, the options are so limited that some people do not even bother to vote. Then there is the question of one-person-one vote vs. the electoral patch that underlies the democracy of the United States. Democracy is a chimera if not seen as relative to other forms of political coercion.

But Brooks steps deep in his own bullshit (and then puts his rhetorical foot in his mouth) when he claims that “It’s not that Egypt doesn’t have a recipe for a democratic transition. It seems to lack even the basic mental ingredients.” The “it” here is the word for a nation state, but the implication is that the people of Egypt are somehow mentally deficient. He does not even bother to clarify that his target is the so-called “Islamists,” but totally ignores the fact that Egyptians are a diverse population with views all across the political spectrum. I wonder what these “basic mental ingredients” are? Can they be found with the Tea Party or even the current debilitating state of the Republican Party in the United States? Does the Democratic Party have such basic mental ingredients when it has conservatives who vote against the Democratic president to secure their seats in Confederate territory?

If politics and religion do not match well, which is the main point of Brook’s commentary, then neither do discussions of other nations and the mentality of their people. Dragging the racially-charged notion of “mental” ability resurrects the kind of talk that lumped Black Americans as Sambo, Jews as greedy bankers and such academic nonsense as the “Arab Mind.” When nations or peoples or cultures are branded with psychological profiles, ethnocentrism is center stage. It is not that those involved in the current transition in Egypt or Yemen or Tunisia or anywhere on the globe are mentally challenged; politics is all about strategy, not some idealized Utopian way of acting.

Brooks mental lapse is unfortunate, because his broader point is on track. “Promoting elections is generally a good thing even when they produce victories for democratic forces we disagree with. But elections are not a good thing when they lead to the elevation of people whose substantive beliefs fall outside the democratic orbit. It’s necessary to investigate the core of a party’s beliefs, not just accept anybody who happens to emerge from a democratic process.” This goes to the core of the problem in Egypt.

It is certainly the case that Morsi’s agenda was not inclusive, but reflected an intolerant attitude that muscled in Brotherhood ideas harmful to more “secular” Egyptians, Copts, and even the Salafis nipping at the heels of the Brotherhood. It is also the case that the new constitution was formulated by a minority and flouted what many would call democratic values. It is not just the nations of the secular West that are pleased to see the downfall of the Morsi experiment, but even other Arab Muslim states. The Brotherhood is banned in the United Arab Emirates; members of the Brotherhood in Yemen were not supportive of Morsi. Indeed, democracy only works if a person elected perpetuates democratic principles; Morsi was on a different path.

As much as I disagree with the tone and rhetorical hubris of Brooks, he is right on assessing the current situation in Egypt: “This week’s military coup may merely bring Egypt back to where it was: a bloated and dysfunctional superstate controlled by a self-serving military elite.” It was clear from the start of the Arab Spring that the removal of Mubarak was only possible with the complicity of the military. Anyone who thinks that the military did not make a deal with Morsi and ensure his election needs to think again. I speak here of the “military” as though it is a unified entity. While it is certainly more unified than any political system or religious sect, there is a continual jostling for power among the military elite. But the “military” calls the shots and this is actually a comfort to most Egyptians, who are looking for economic stability and growth above all else.

Brooks spoils his argument by equating all “Islamist” political parties and governing bodies as equal. The Brotherhood is not the AKP of Turkey, nor the theocracy of Iran nor the Palestinian Hamas nor the Islah Party in Yemen, and the list goes on. It is absurd to conflate religious rhetoric and ignore long-established cultural ways of thinking and behaving. And it is equally problematic, if not overtly stupid, to assume that these “Islamist” governments operate on their own apart from the political and economic forces that shape global policies.

It is not that the “Islamists” in Egypt are mentally deficient, unless it can be said that almost all politicians are mentally deficient when it comes to preserving democratic values. Successful politics is about pragmatics, not mental abilities. The pragmatic reality in Egypt is that the military calls the shots. Whether this is good or bad is an issue for the Egyptians and not for pundits, myself included, on the outside.

I’m sorry, David, but your commentary today is mentally deficient. Perhaps if you were not under the illusion that being a columnist for the New York Times makes you an authority on any event in the world, you would not have such mental lapses of your own.