Nol Cards and the Future of Money 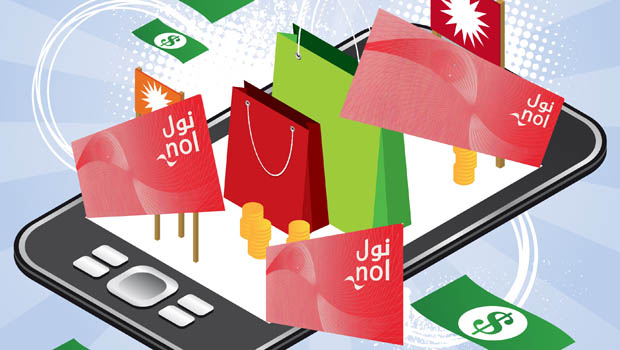 Dubai’s transport regulator, the RTA (Roads and Transport Authority) has announced it is planning to open up the use of its Nol card to retailers. The slightly oddly named Nol card (nol is apparently an old Farsi word meaning ‘fare’) is similar to the UK’s Oyster, a rechargeable swipe card that uses near field communications technology to process ‘no touch’ transactions. You just wave the card at a reader and the card is appropriately debited.

Opening Nol cards to retailers in the UAE is an interesting idea. It means that people unable to afford credit cards would be able to swipe their cards for goods now. However, the downside is that the silver and gold Nol cards are not personalised, so if you lose your card, there’s no way to recover the money that’s on it (the card can be charged up to Dhs500) and anyone could use your lost (or stolen) card in a wide range of retail outlets. The blue Nol card can be personalised and is therefore secure, but I’d be interested to see how the RTA handles reimbursing balances in the case of loss, theft or dispute – and how they propose processing retail refunds in future.

Visa debit cards are already on the market here that have implemented NFC technology, although no retailers here yet have NFC readers installed. (I have one of these cards from HSBC but daren’t use it in case something goes wrong). And you can only guess at how prepared banks are to implement the complex infrastructure needed to support an entirely new payment method.

Reports in today’s press don’t say anything about charges for this service, either. The Nol card currently costs Dhs35 on issue (from metro stations only – it’s usually Dhs70) and there is no charge for the ‘cost of money’, but this could well change once the cards are being used for third party transactions.

But the real kicker is not card based at all – it’s mobile.

NFC allows your mobile phone itself to be your credit card. It stands for near-field communication and is essentially another chip in your phone (or credit card) which allows for secure two way communications between it, and a reader.

Android and Blackberry mobiles already support NFC, although Apple phones do not – apparently the iPhone5 is popularly expected to have NFC support. The RTA is already talking about porting the Nol system to mobiles, which is surprisingly advanced thinking. Now you have the benefit of total personalisation based on your mobile’s SIM. You also have a lovely clash between the RTA, the telcos and the banks. Who will ‘own’ mobile money?

And this is where the Nol card idea becomes really interesting. Because if the RTA gets in there fast, they’ll potentially completely cut the credit card companies out of the whole mobile payment scheme. If I were Visa I’d be offering retailers free readers and beating a path the RTA to sell them the idea of working together to make this happen as a team.

But then, what do I know? Maybe they already have..

One Response to Nol Cards and the Future of Money