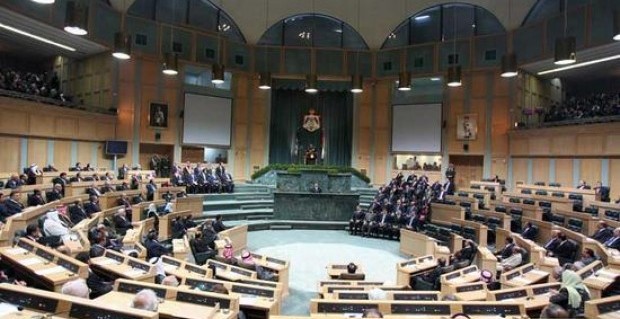 After some limited so-called public outrage over moves by Parliament to amend the Passport law to grant themselves permanent diplomatic passports – along with royal family members, senators, royal court chiefs, King’s advisors, Islamic justices, as well as former and current ministers – the Senate seems to have rejected the amendment. The mildly controversial story is just another demonstration of Parliament’s bankruptcy as an effective and trustworthy legislative body, but more importantly, it’s also yet another distraction. However, one thing did catch my attention regarding this story:

Angry with the media outlets’ “abusive and prejudiced” coverage of their recent controversial amendments to the legislation, several deputies went on the offensive against journalists last week, describing them as “corrupt”, “indecent”, “biased”, “hypocritical” and “bought off”. Following last Tuesday’s session, the Jordan Press Association issued a statement denouncing the “offensive” remarks and calling on media outlets to boycott the deputies who made them, whom the syndicate described as “politically bankrupt”.[source]

There was just so much irony in the accusations made by MPs that my head momentarily considered imploding.

Indeed, there is much that is wrong with our media and level of quality journalism, but this constant use of the media as the go-to straw man whenever shit hits the fan is growing increasingly absurd. There isn’t a single political figure in this country (be they appointed or elected) who doesn’t come with their own baggage, and simply put, those in glass houses shouldn’t be throwing stones. Being “corrupt”, “indecent”, “biased”, “hypocritical” and “bought off”, are all adjectives that accurately describe many within Parliament and beyond.

As for the passports – this is such an incredibly silly issue that I’m wondering whether this was all deliberately planned just for the heck of the distraction. Because the alternative is that in the midst of unprecedented political upheaval in the region, in the midst of chronic poverty and unemployment, in the midst of Jordanians protesting and others losing faith in the state’s ability to deliver on reform promises – in the midst of all this, the genius calibre that is our parliament has decided to grant themselves a perk. What makes this even more idiotic is that we are talking about a country where, as of today, women are unable to pass on citizenship to their children (forget passports…citizenship), and there unresolved issues regarding the withdrawal of passports from citizens of Palestinian decent. So naturally, both the timing and context is just right to discuss giving yourself and the political elite permanent diplomatic passports. This is to say nothing of plans to revise their lifelong pensions, with some MPs threatening to boycott parliament if they don’t get one.

Why this current parliament exists is beyond me. And why we are allowing it to vote on the election law, to say nothing of the constitutional amendments, baffles me.