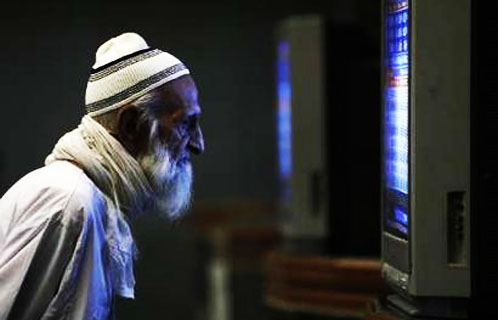 The world was shocked earlier this month with the assassination of a progressive Pakistani politician. More disturbing than the murder of Salman Taseer – at the hands of his own bodyguard – is the reaction it provoked from a large segment of the Pakistani public.

Lawyers greeted the bodyguard in court by showering him with rose petals, pleased that he had killed a man who had dared to criticize the country’s anti-blasphemy law. Thousands of Pakistanis marched in support of the assassin’s actions and in support of the anti-blasphemy law that allows people to be put to death if they’re accused of criticizing the Prophet Mohammad (PBUH).

The reaction differs dramatically from the recent assassination attempt in the United States in which a gunman tried to kill a congresswoman and succeeded in murdering six others. Despite what some call a “hate-filled” sphere of public discourse, everyone in the United States widely denounced the gunman’s actions.

At least some of the difference can be attributed to the role of the mass media. As detailed in a well-researched article by journalist Salman Masood, the media in Pakistan has increasingly aired the extreme views surrounding the blasphemy laws and allowed no room for dialogue with people who advocated tolerance.

After the assassination, a popular talk show host, Meher Bokhari, nodded in agreement with a guest who explained that the bodyguard acted justly given the slain governor’s views. And other talk show hosts, such as Hamid Mir and Javed Chaudhry, said that Taseer brought his death upon himself.

These views are abhorrent. No one deserves to die for expressing a political belief (e.g., that a blasphemy law should be revised). In most societies, such a view would be rightly seen as a fringe belief. The media portrayal of the respectability of these beliefs helps explain why so many Pakistanis support the actions of Taseer’s killer.

Communication researchers have seen these media effects at play in other cultures with totally different outcomes. Researchers developed “cultivation theory” to explain the behavior seen in the United States. Cultivation theory holds that exposure to television messages can cultivate homogenous views, an outcome called “mainstreaming.”

The effect can lead to positive developments for a society. Since the 1970s, the mass media in the United States have peppered their news media and programming with subtle messages of tolerance, particularly of other races. At the same time, polls have shown a steady decline in racist beliefs and opposition to interracial marriage. The results of the 2008 elections were rather stunning as well.

But, cultivation can lead to negative effects as well. Researchers have found that audiences who watch a lot of crime shows tend to suffer from “Mean World Syndrome” – an incorrect belief that the world is more violent than in reality. In this sense, the media can help to shape reality for its audience.

In Pakistan, the cultivation effect appears to be leading to a reality that is damaging its society. The nation is suffering from the “mainstreaming” of extremist messages. But, the media are not merely reflecting these extremist beliefs. They are helping to make these beliefs acceptable – homogenizing them for the masses.

The government of Pakistan fined two television stations for showing an interview with the unrepentant assassin.  This is a step in the right direction. But, the interview could have produced some good – as long as the beliefs of the assassin were properly debunked and ridiculed. Apparently, the stations merely gave the assassin a forum to explain the morality of his actions. For the news media to produce this type of message only helps “mainstream” the message that violence is an appropriate response to unpopular speech.

The government and media producers should place more emphasis on making sure the media find voices of tolerance who declare unequivocally that murdering someone for the political belief is wrong. They should also emphasize finding media programming (dramas and comedies) that inculcate their shows with messages of toleration and understanding.

Of course, in the wake of Taseer’s murder, finding these voices of moderation – and making them the new mainstream – will prove to be quite difficult.