Wikileaks – Where is the UAE Media? 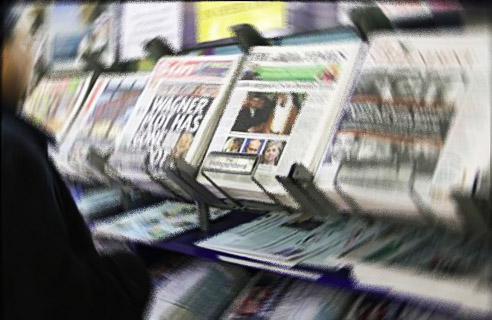 The release of the Wikileaks diplomatic cables has been a big story around the world. International media outlets have covered the story broadly (examining specific flash points such as North Korea and Iran) while the press in individual nations has examined the revelations about their own public figures.

Meanwhile, the local UAE press has ignored offering any local angle to the story despite easy access to the diplomatic cables from the Abu Dhabi embassy and the Dubai consulate. The absence is especially odd in today’s media environment – UAE readers can easily click on an article from the International Business Times that summarizes some of the local dispatches.

Why hasn’t the UAE press touched to story?

One of two explanations is likely: 1) An official with the UAE government made it clear – in no uncertain terms – that the press would be prosecuted for reporting on the cables. 2) The press isn’t sure whether they will be prosecuted – and have decided to err on the side of safety.

If the former explanation is true, then the UAE news outlets should be transparent about such direction. Simply tell their readers that the government (preferably which government official) instructed that they ignore the story. Such transparency would better inform the members of the UAE society and allow them to debate whether such tactics benefit everyone. Furthermore, the public would benefit if the press adopted a policy of explaining which stories it’s been told to not cover.

But, the latter explanation—self-censorship—appears to better explain the lack of coverage. The government doesn’t appear to be actively working against the dissemination of the Wikileaks information. The Wikilieaks site is available in the UAE despite the government’s history of blocking sites to which it objects. News media accounts concerning the UAE diplomatic cables have not been blocked either.

In an editorial earlier this year, the Abu Dhabi editor of Gulf News noted that the local press routinely engages in self-censorship because no journalists actually understand the boundaries of their press freedom. So rather than risk prosecution, the local media appears to have just decided to ignore the UAE angle to the Wikileaks story.

The local media is doing the public a disservice by not examining and summarizing the leaked information. First, Emiratis and ex-pats living here deserve to know what is in them—just as the residents of other nations are discussing their government’s contributions to the leaked cables.

Secondly, the press laws in this country could use an update. The UAE is living under a Press and Publication law that hasn’t changed since 1980. In the meantime, technological advances have led to dramatic alterations in the free flow of information. The government proposed an updated version of the law last year, but most observers discounted it as too restrictive, and it has apparently been tabled without action. Perhaps it’s time for the press to take the issue to the court system.

I suggest that one—or preferably all—of the UAE’s press outlets compile a simple report explaining and analyzing the leaked cables. The report should be published without a byline so that no single reporter can be sued or jailed for the publication.

If the government chooses to prosecute, then perhaps the case would leave a more clearly delineated line for journalists to follow. If they do not, then local journalists will have palpable evidence that publishing information freely available on the Internet and in foreign news outlets will not result in government action.

Either outcome would be preferable to the present circumstances.

9 Responses to Wikileaks – Where is the UAE Media?