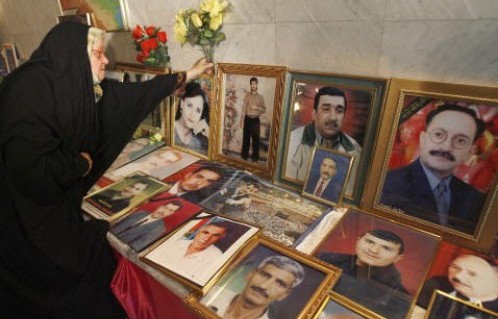 Since the collapse of Saddam Hussein’s regime in 2003, Iraq has slowly begun transitioning from a dictatorship into a democracy. Although most of the media attention on Iraq has focused on politics as a measure of democratisation, one of the clearest signs of its growing presence is the increased freedom of the Iraqi press. While much more needs to be done to protect this freedom, a draft law that was recently introduced in parliament, which would provide journalists with increased rights and protection from arrests or intimidation, may be an important first step.

The law was drafted in accordance with the International Covenant on Civil and Political Rights, which Iraq ratified in January 1971. Article 19 of the Covenant stipulates that “Everyone shall have the right to freedom of expression; this right shall include freedom to seek, receive and impart information and ideas of all kinds, regardless of frontiers, either orally, in writing or in print, in the form of art, or through any other media of his choice.”

Before 2003, Iraq had only one television channel, which was run by the state. Satellite channels, internet and mobile cell phones were all banned. Since 2003, however, Iraq’s media industry has opened up and there are now hundreds of new media outlets, both traditional (newspapers, radio and television) and new (social media, etc).

Regardless of this increasing openness of the media landscape, however, the press continues to face several challenges in post-war Iraq. This law has come not a moment too soon: Iraq was classified by the Committee to Protect Journalists, an independent, non-profit organisation promoting press freedom worldwide, as one of the most dangerous countries for journalists to work in back in 2008. According to the Journalistic Freedoms Observatory, an independent non-governmental organisation that protects journalists and helps ensure freedom of the press, more than 250 Iraqi journalists have been killed since 2003 due to violence and many others have been tortured or kidnapped by Al Qaeda-affiliates and other extremist groups.

This law – proposed by the Iraqi Journalists Syndicate, a professional union of journalists, and endorsed by the government – financially aids the families of journalists who have been injured or killed in the line of duty, including those kidnapped by extremist groups.

Most of the law’s articles, however, aim to ensure that the rights of journalists are upheld – including their right to pension pay-outs and health insurance – and propose guidelines that commit the government to providing journalists with secure and trouble-free access to information. Under these rules, no one has the right to hinder journalists’ access to information, helping provide a clearer picture of government action and policies to the public. Those who limit this access are held duly accountable.

At the same time, under this law, journalists and media outlets must pledge that no highly sensitive information is disclosed in a way that threatens national security or endangers the public in any way. And publishing unconfirmed information that results in hostility towards public institutions or harms the reputation of public or government figures is illegal. The hard work for media outlets will be to find a balance between freedom of expression and the reporting of information that could negatively affect the security situation in Iraq.

If passed, the draft law would provide protection only to members of the Iraqi Union of Journalists, but subsequent drafts of the law should be amended to extend these protections to all journalists and media workers in Iraq.

The law would be a step towards putting an end to the long suffering of journalists’ families and to violating journalists’ rights in a country where they have long been considered unsafe.