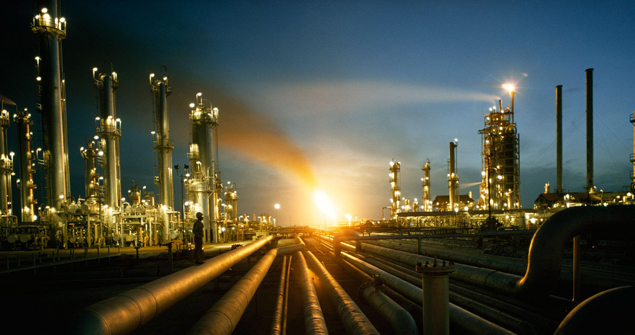 Saudi Arabia is a profligate consumer. Water and electricity consumption in the country are among the highest in the world. But when it comes to using oil, the country is without compare.

Abdel Aziz Aluwaisheg, Minister Plenipotentiary, Director General, International Economic Relations at Gulf Cooperation Council and a columnist at Arab News, points out that the Kingdom uses four times as much oil, per capita, as the United States, the country most often identified as the major oil consumer.

The rate at which Saudis use oil – and the steepness of the curve at which that rate is growing – worries many. Some, like Citibank, has posited that if the rate continues as it is going, Saudi Arabia will be a net importer of oil in 17 years’ time. That’s plausible, based on the figures, Aluwaisheg says, but unlikely. This is so because things are not likely to continue as the currently are.

Aluwaisheg points out that much of the power currently created through burning oil could be created through alternative means, including renewable sources. There have also been few and ineffective programs put in place to convince people of the need to conserve. One way to do this, he suggests, would be to lower the subsidization of oil for consumers. If they had to pay anything close to world market prices for their oil, they would immediately reduce their demand.

I’m not so sure about his call for mass transportation, though. Yes, some things certainly could be done. Projects to build subway systems in Riyadh and Jeddah, to expand bus and rail services could all help reduce the number of cars – and therefore the amount of fuel – being used. But Saudi Arabia, like the US, is a vast country. There are many places people need to go for which it would be economically foolish to try to provide mass transit.

Even in the US, people keeping an eye on economic issues are starting to reject proposed high-speed rail systems because they cannot see how they could conceivably pay for themselves, even decades down the line. Mass transit can work in areas with high population density, but work far less well when people live spread out. It is a Saudi preference to not live on top of each other; the result is urban sprawl. But perhaps this could change. If the price of oil to the consumer were high enough, Saudis could be forced to develop new preferences.

THIS was the question asked all of this past week all over the world. Thousands of stories were filed on the topic, following speculation by a Citigroup analyst that Saudi Arabia may start importing oil by 2030. According to that theory, by 2030, Saudi consumption of oil would outstrip production and we could be importing oil instead of exporting it. In other words, the world’s largest oil exporter today would be importing oil by that fateful date!

While such speculation may be mathematically possible, under extreme conditions, it is rather laughable to imagine Saudi Arabia in 2030 consuming all of its oil production, let alone importing oil, because that would be fiscal suicide and economic collapse all in one. After all, in 2011 oil revenue accounted for 93 percent of the government budget. Without revenue from exported oil, the economy would simply grind to a halt. As no country would allow such a fate, one would expect Saudi Arabia to find alternative solutions long before that date.

The facts are fairly well known. As I wrote in two articles in Arab News last March, oil consumption per capita in Saudi Arabia is the highest in the world. In total, we consume some three million barrels a day, which translates into over a billion barrels a year, or about (40) barrels per person each year. Saudi per capita consumption is in fact the highest per capita rate in the world, four times more than the United States, five times that of South Korea, and eight times the rate of consumption in Japan.