Could the Middle East Revitalise the Fading Charm of British Airways? 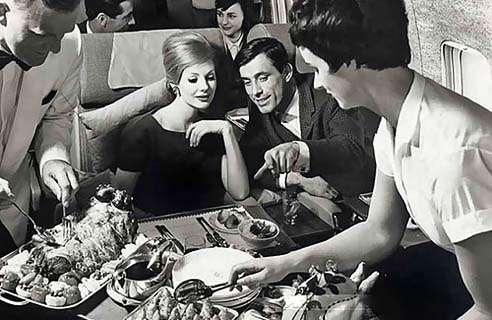 Some months ago, I wrote a post for another blog about the airline industry. I focused on how Middle East airlines – Emirates, Etihad and Qatar in particular – are challenging the European players. Not only are they taking passengers off the likes of British Airways by the droves, but as instruments of state economic policy they are establishing their home bases as hubs to service traffic between Europe and the Far East.

Since then, the case for avoiding European hubs like Heathrow and Schiphol has strengthened. Airports in Western Europe have struggled in the recent bad weather. Heathrow in particular has left an impression of incompetence among those who ended up stranded in Britain for several days because the operating company failed to provide for adequate runway clearing facilities. British Airways, the biggest user of Heathrow, did themselves no favours by cancelling flights wholesale while other airlines managed to get a limited number of flights off the ground.

In my earlier piece I was rather unkind to British Airways. I characterised them as bedevilled by industrial disputes, a legacy fleet and patronising customer service. I usually travel on Qatar Airways between Bahrain and London. Although there’s a stop-off in Doha, the layover is short and the service excellent. There’s also the matter of price. The Qatar fare is significantly cheaper than that charged by the carriers which fly direct.

A couple of days ago I flew the London-Bahrain route on British Airways. I hadn’t flown BA for a while, and there was a competitive fare to be had. It was also a good opportunity to compare the BA of 2011 with its Middle Eastern competitors. Here’s what I found.

Flying out of Heathrow’s Terminal 5 is a delight, if that word can safely be used to describe any airport terminal. The terminal has clearly overcome the disastrous teething problems that accompanied its opening a couple of years ago. Compared with Terminal 3, which is a rat’s nest guaranteed to send regular users psychotic, it’s calm, spacious and well laid out. Rather like a superior shopping mall, which is not surprising since operators like BAA, the owners of Heathrow, seem to see themselves these days as retailers first and transport facilitators second.

The flight itself? The ultimate destination was Doha. Why anyone would want to fly to Doha via Bahrain is beyond me, especially as you can get a direct flight on Qatar and pay less. Maybe something to do with BA’s code-sharing partnerships.

The aircraft was a Boeing 777, which these days could be described as legacy. My seat in economy was comfortable enough, though the seat pitch was at least an inch shorter than in a comparable Qatar seat.

The flight got underway half an hour late. The captain explained that this was because a passenger had checked in and not shown up for the flight. So they had to unload bags from the hold, which caused us to miss our take-off slot. The usual story.

The meal was truly awful. “Roast beef dinner”, as it was described. A single slice of beef rolled up into a sausage shape that looked rather like… well, I’ll leave that to your imagination. A soggy piece of what must have been intended to be Yorkshire pudding. So wet and formless that you could have dredged better from the wreck of the Titanic. Vegetables so soft and tasteless that they must have been prepared according to an antique British cookbook – nuked till dead. And finally a dessert labelled crème brulée. It tasted OK, but I’ve never before encountered a vanilla mousse on a cheesecake base masquerading as a crème brulée.

The inflight entertainment system didn’t work. Well, I suppose it did work, but it was invisible to me without my going into an unnatural crouch, because the seat-back TV was locked into one position and couldn’t be turned to face the viewer when the seat in front went back. On the Qatar flights you get a choice of 50-odd movies. On BA, you have to look at the flight magazine and select from one of the movies advertised. I didn’t bother to complain about the malfunction, because it was a shortish flight and I’m usually quite happy listening to music from my IPod.

The cabin crew were pleasant enough, but slightly scatty. I was served by the purser, who had the forced jollity of a Home Counties memsahib fallen on hard times. Maybe my British nose for the nuances of the class system was letting me down, but I got the impression that she would have been happier hosting a tea party in an English country house surrounded by beagles. Scatty because when it came time for the tea and coffee they kept shouting at each other across the aisles every time they ran out of a requested beverage – “got any tea over there love?” Being a helpful sort of chap, I had the instinctive urge to act as a go-between and pass messages from one memsahib and another. But in the end I got neither tea nor coffee, because the trolley moved past me without the question being popped. I was clearly invisible by that stage. Again, I could have complained, but lack of a cup of coffee was no big deal, so I didn’t bother.

Anyway, we got to Bahrain on time, and I’m not so spoiled that I was seriously concerned about broken entertainment systems, inedible meals, missing coffee and barking memsahibs. My customer experience confirmed that nothing much has changed with British Airways. No longer the world’s favourite airline, but operationally efficient when it does fly. Aircraft tired but not ancient. Cabin service almost quaint compared with that of its Middle East competitors.

I imagine that a few billion dollars of investment might spruce things up a bit. But would inward investment change the company’s DNA for the better? For that you’d need gene therapy.

One thought occurs, though. At what stage does the market value of British Airways become so depressed that it becomes an attractive takeover target for the likes of Qatar, Emirates or Etihad? BA is still a giant. If, say, the Qataris have the ambition and resources to stage the 2022 FIFA World Cup, why wouldn’t they consider swallowing up the BA/Iberia conglomerate and creating the biggest airline in the world?

I for one would shed no tears if the Downton Abbey of the aviation industry followed other iconic British brands like Cadburys and Rolls Royce into foreign ownership.

4 Responses to Could the Middle East Revitalise the Fading Charm of British Airways?