Have the ‘Big Boys’ Given Up On Islamic Banking? 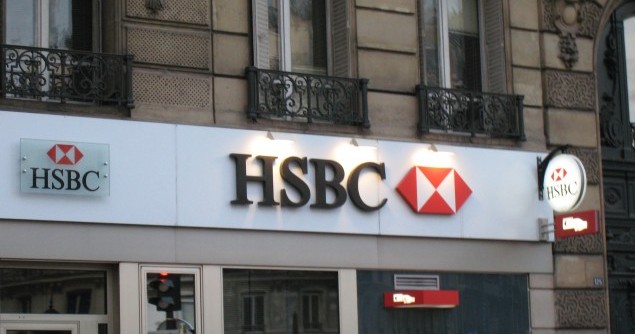 HSBC’s reasons for getting out of the Islamic banking game in some countries is because of the pitiful state UK banks have been in since the global economic meltdown of 2008 and the restructuring efforts now underway to revive the industry. But HSBC, as a conventional bank, also could not really compete against the big Islamic banks.

It’s unknown whether the bank’s change in direction had anything to do with the scandal earlier this year in which a US Senate subcommittee determined that the bank violated regulations that led its affiliates to move drug trafficking funds and alleged terrorist financing to the US. HSBC acknowledged its failure in following financial regulations and promised to adhere to the rules.

The bottom line is that dropping its Amanah services in the UK allows HSBC to cut costs and transfer its Amanah employees to the main operations. Ultimately, however, the move will deprive the UK’s 2.87 million Muslims of banking based on principles that ban funds speculation, and interest on checking and savings accounts. Perhaps it’s a prudent cost-saving measure for HSBC, but it certainly does little to maintain a loyal Muslim customer base.

The wider implications of HSBC eliminating its Islamic banking services in the UK is whether conventional Western banks can serve Muslim communities with a relatively small customer base and either absorb the losses or earn some measure of a profit.
There are few banks in the United States, which has a Muslim population of just 1 percent, that are inclined to open Shariah-compliant accounts. The Michigan-based University Bank’s subsidiary, University Islamic Financial, has only a regional reach. And Standard Chartered Bank has offices only in California, New York, Texas and Florida. Ask a bank manager at JPMorgan Chase Bank or Bank of America for a Shariah-compliant account and you get only a blank stare in return.
Yet even in Muslim countries conventional banks offering Islamic products and services continue to struggle. In addition to the UK, HSBC, once a pioneer among Western financial institutions in offering Islamic services, pulled out of Bahrain, Bangladesh, the United Arab Emirates, Mauritius and Singapore.

Qatar had banned conventional banks from offering Islamic products to guarantee the “purity” of Islamic funds. And HSBC had only been offering Shariah-compliant services in Bangladesh less than two years before pulling out.
Jaap Meijer, who is in charge of equity research for Arqaam Capital in Dubai, told reporters recently that HSBC’s “Islamic activities in the affected countries were sub-scale so they decided to wind them down in an effort to reduce costs. Except for maybe the UAE, it’s not likely to have a big impact on the Gulf region.”

And that’s despite the fact that HSBC Amanah will retain 83 percent of its overall Islamic business revenue.
In Malaysia, HSBC still must go head-to-head with Standard Chartered Bank, which enjoys a solid foothold there. But the British bank is competing well against Malayan Bank and CIMB Group Holdings.

HSBC, operating through holding, Saudi British Bank (SABB), is also good position in Saudi Arabia. According to Bloomberg, HSBC helped sell $6.4 million sukuk in Saudi Arabia. It also served as the underwriter for SR 15 billion in a General Authority of Civil Aviation offering to fund the new Jeddah airport.

HSBC is also well established in Oman, sharing much of the funding market with BankMuscat.
By curtailing its Islamic funding operations elsewhere, HSBC can focus on Saudi Arabia and a select few other Muslim countries. However, missing from the picture is the low- and middle-income customers in non-Muslim countries who depend on Shariah-compliant banking. At the moment, there is no other conventional bank willing to step into the void left by HSBC, and Islamic banks have yet to demonstrate an inclination to reach out to non-Muslim countries