The Trials and Tribulations of a Dhofari Bride 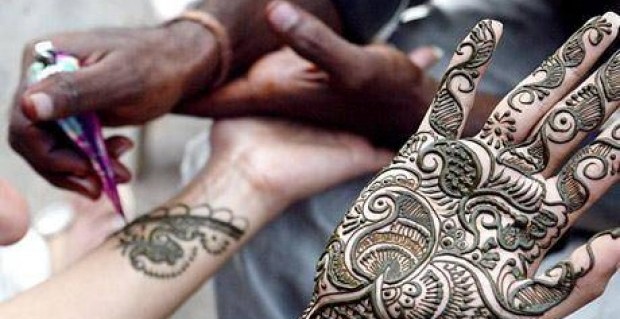 On a quiet afternoon a few weeks ago I was packing for a business trip to Muscat. My plan was to be in bed by 8pm in order to be up in time to catch my flight out of Salalah at 5am. My phone rang suddenly and I recognised the number of a bride whose wedding was taking place that same night. When I answered, I heard the frantic voice of the bride’s mother shouting into the phone ‘We need your help! You need to accompany the bride!’

Accompanying a Dhofari bride is a task usually given to an unrelated female with a vehicle. It involves picking up the bride from her home, driving her to beauty appointments, and then making sure she arrives at the wedding on time. My friend’s companion had cancelled at the last moment. It was clear what needed to be done.

Within a few minutes I was on my way. As we loaded her humongous wedding dress into the back of my car, the make-up artist called in a panic demanding we pick up three sizes of fake eyelashes on the way over.

Half an hour and three eyelash shops later, we arrived at our destination. We were escorted by a nervous housemaid through a dark alleyway and into a house hidden in the shadows.

We were then shown into a room with a sofa set and no mirrors. Sitting on a large armchair in the centre of the room was a tough-looking woman who introduced herself as the infamous makeup artist.

On a coffee table next to her sat the largest collection of makeup this person has ever seen. On the floor was a young bride who was receiving the final touches to her bizarre wedding makeup, (think Michael Jackson’s Thriller video meets Nicki Minaj). The so-called final touches took over an hour. It was going to be a long night.

For the next three and a half hours (I kid you not) I watched the woman plaster my friend’s face and shoulders with white paint then proceed to use every colour of the rainbow on her twitching eyelids. Towards the end of the session, we got into an argument about the amount of glitter I was allowing her to apply to my friend’s face. She wouldn’t take no for an answer. The makeup scene ended at 11pm with the artist running down the hall behind the bride with a pot of glitter swearing she’d apply ‘just a little more!’ We escaped just in time.

The next two hours were spent with the hair stylist who ran an illegal salon business from her spare bedroom. I watched her glue my friend’s hair to her scalp then attach a huge wig using what looked like 100 hair pins. She then proceeded to curl every single lock of fake hair using an entire can of hairspray and a curling iron. By the time we left, it was 1am.

We finally made it to the hotel only to discover the wedding photographer had failed to show up. The patient groom was sitting in the parking lot in his car counting the hours. As we helped the bride into her dress, it became apparent that I would have to be the spare wedding photographer as I appeared to be the only person among the 400 guests with a professional camera.

To cut a long story short, I managed to get home at 3am. I had 30 minutes before the airport check-in counter closed. Fortunately, I decided to be sensible. I called Oman Air and postponed my flight to the week after. I then sent explanatory e-mails to my colleagues who were expecting me in Muscat.

And that, my friends, is what most brides go through on their wedding day here in Dhofar. Not a very happy occasion, don’t you think? My ordeal was a harsh reminder of why I removed myself from the Dhofari wedding scene several years ago. Never again!