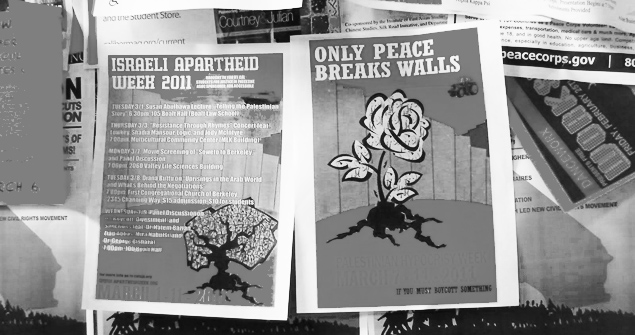 Yesterday, I wrote about an Israeli survey by Prof. Camil Fuchs, one of Israel’s leading pollsters, that examined Israeli Jewish attitudes toward ethnic and religious identity, racism and other forms of discrimination. The survey was commissioned by the Yisraela Goldblum Fund and the results were first published by Gideon Levy in yesterday’s Haaretz.

I was so intrigued by the survey that I sought to obtain the full survey results (Hebrew, English summary). Prof. Fuchs forwarded my message to Prof. Amiram Goldblum of the Hebrew University, who sent me the results. Ironically, I first met Prof. Goldblum when he wrote, asking me some questions about issues of libel because Israeli rightists have made a habit of stalking him online. I was glad to offer some ideas about how to pursue his case.

So I was delighted to find out that a Fund he created in his wife’s memory commissioned the survey. He summoned a distinguished group of Israeli academics, diplomats, attorneys, former MKs, and human rights activists to formulate questions that would plumb attitudes of Israelis (Jews) on these critical issues of the day. Among them were Ilan Baruch, who recently resigned in protest from the Israeli foreign ministry, Alon Liel, who sponsored an initiative for Syrian-Israeli peace that was interrupted by the 2006 Lebanon war, human rights attorney Michael Sfard, Prof. Menachem Klein (Bar Ilan University), and IDF Col. (res.) Morela Bar-On.

My post yesterday largely followed the summary of it published by Gideon Levy. Today, I wanted to delve into it in more detail and convey the results more fully.

The first question asked how satisfied were respondents with their life in Israel. Though the overall response was 69% favorable, it’s notable that fully one-third of secular Israelis answered No to that question. Though dissatisfaction with life in one’s homeland isn’t a sure indicator that you’ll leave, it should be a worrying sign to those concerned with preserving this important demographic. These Israelis are the proverbial canary in the coal mine and tell us in which direction that sector of Israeli society is moving. In fact, I’d guess that this number will rise as Israel becomes even more religious, and the poor become poorer as the rich get richer, and wars and violence continue unabated.

A minority of 41% believed new immigrants should not be allowed to vote in year following their immigration to Israel. 33% believed that a law should be enacted prohibiting Israeli Palestinians from voting. Not only is this question important as an indicator of the disintegration of democratic values and the triumph of Israeli racism – it’s important because a number of far-right proposals suggest that Israel annex the Territories along with all their Palestinian population, while restricting or denying voting rights. This is precisely the sort of apartheid attitudes this poll was designed to explore.

There was an even 49-49% split on the question of whether the State should cater more to Jews or non-Jews. If an Israeli Palestinian family lived in their building, 42% of Israeli Jews would find this offensive. A similar percentage would be offended if a Palestinian child was in the same class as their own child.

It’s perhaps an unintended irony that when asked how they would respond to an American author who supported BDS and refused to visit Israel, a plurality of 48% suggested inviting the author to visit the country. When told that the author believes Israel is an apartheid state, 58% agreed that it was, either in full or in “certain spheres.”

36% of Israelis believe that the South African boycott contributed in whole or in part to the end of apartheid there. 30% had no opinion, which I interpret to mean some were too frightened to contemplate the question and its personal implications for them (and Israel).

38% want Israel to annex the Territories (48% oppose this option). A plurality of 47% of Israeli Jews support the ethnic cleansing (euphemistically called “transfer” in Hebrew) of Israeli Palestinian citizens. 36% of Israelis support the plan of Avigdor Lieberman to annex sections of Israel that are populated by Israeli Palestinians to Palestine (thus forcing their expulsion from Israel). Were Israel to annex the Territories, 19% of Israelis favor giving Palestinians living there the right to vote (this in essence is what a one state solution would mean). 69% would not offer them the right to vote (which in essence would be a replication of South African apartheid).
Only 17% of Israelis believe that segregated roads should not be permissible. 74% either are untroubled by segregated roads or are troubled by it, but accept it as necessary.

This is an extremely important social document. Please do you best to make it known as widely as possible.

There was one question I wish had been asked, but I know the answer even without it being included. If you asked whether they supported Israel being a democratic state, the overwhelming majority would say Yes. Which goes to prove that a country can go to hell in a handbasket while its citizens believe they’re well on their way to heaven.

A side note: I just came across the Twitter account of Amir Mizroch, Yisrael HaYom’s English edition editor. Go visit it before he hears that I’ve outed him and censors himself.

It features the accompanying images: one is an IDF vision test featuring the sole word, “Kill.” The other is a map of the Mideast on which every Arab country has the word “Bad” stamped. N-o-t v-e-r-y f-u-n-n-y. Racist? Yes. Funny? No.

This is the way the winds are blowing in Israel. Yet another indication of the racism that infects not just the Israeli poor or uneducated, but the media elite and virtually every (Jewish) strata as well.