The Damage Done by the ‘Gay Girl in Damascus’ Hoax 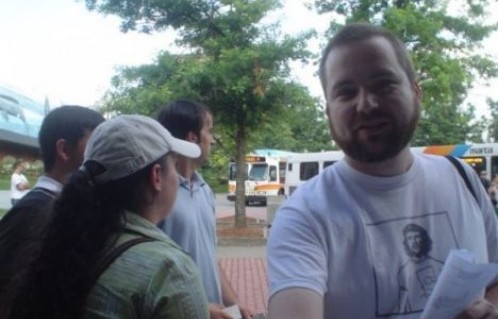 Following a successful investigation by Ali Abunimah and Benjamin Doherty at the Electronic Intifada, the writer behind the ‘A Gay Girl in Damascus’ blog, which purported to be by a Syrian-American woman, ‘Amina Arraf’, has revealed himself to be an American man, Tom MacMaster.

It was this part of Tom MacMaster’s non-apology that rankled in particular: “I feel that I have created an important voice for issues that I feel strongly about”. Those issues are brutal state repression, feminism, homophobia, pinkwashing, and so on – all undeniably important. But solidarity does not confer on the person ‘feeling’ it an entitlement to speak in the place of those subjected to violence and prejudice, to assume their identity. The suffering of another – however it is borne – is humbling and deserving of respect. We show our solidarity by bearing witness, offering support, drawing attention to the hypocrisies of our leaders and commentators, insisting on a path to justice.

MacMaster created a fictional character, ‘Amina’, that belonged in a novel not on the international and Syrian socio-political stage. A writer of fiction lays her/himself open to criticism of plot, tone and characterization; the hoaxer demands unquestioning loyalty and reverence.

This deceit of MacMaster is damaging to the causes he claims to support. It is also an imperialist venture of sorts by a white male. By merely approximating the real challenges of a queer woman in an undemocratic Arab country, he obscures a diversity of struggles – many of which are undertaken at a low register and command far less attention.