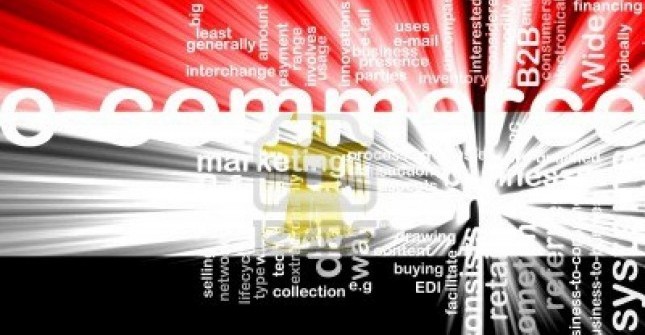 Today, well over two years into the Egyptian revolution, increased numbers of Egyptian youth are still struggling to find jobs. With political instability looming large, the economy receives one blow after another. Unemployment has hit new highs – 13 per cent according to the Central Agency for Public Mobilisation and Statistics – and businesses have suffered. However, just as the Internet was used to stage the “e-revolution” in which social networking sites like Facebook and Twitter were used as megaphones for young activists, it is now being utilized to unlock Egypt’s untapped markets and youth potential.

E-commerce (buying and selling products using the Internet) is gradually becoming a means to provide new jobs for fresh graduates. According to participants in a regional e-commerce conference held last month in Cairo, Internet-based marketing in Egypt is growing by 25 per cent monthly thanks to increased access to Internet – and social networking sites in particular – since the revolution. Currently around 31 million Egyptians (39 per cent of the population) have access to the Internet according to the Ministry of Communications and Information Technology.

Today, websites such as Souq.com, Jumia.com, Nefsak.com and Deal’N’Deal, to name a few, have become familiar names for Egyptian shoppers. A quick glance at the demographics of these companies’ offices in Cairo reveals that the majority of employees are fresh graduates. Many of the young e-commerce specialists have received training upon joining these companies which are looking to grow and keen to help their employees acquire the necessary skills.

To capitalise on this opportunity for growth, Souq.com, the largest internet-based marketing platform in the Arab world, championed the creation of a training academy for young people working in Internet-based commerce. Established in cooperation with the Education for Egyptian Employment (EFE-Egypt), the academy ran its first e-commerce training program for 120 students in February of this year.

Souq.com officials see the training as a way to address a severe shortage in young, qualified specialists. “The partnership with EFE-Egypt on this strategic initiative will serve as a catalyst for skills development and job creation for the next generation of Egyptian technology professionals,” said Souq.com General Manager Omar Soudodi.

The program, in fact, was specifically tailored to address a chronic lack of the skill-sets needed in the Egyptian job market, given that none of the Egyptian universities currently provide specialised e-commerce courses.

“Roughly 80 per cent of Egyptians aged 15 to 29 already suffer from unemployment, while the market is lacking qualified e-commerce specialists,” says EFE-Egypt CEO Shahinaz Ahmed. “The training program is meant to provide qualified e-commerce specialists to cater to the country’s growing appetite for everything online,” she added. The program, explains Ahmed, is “a clear win-win scenario for everyone — employers, employees and the Egyptian economy as well.”

Other similar initiatives have recently spread e-commerce learning in different parts of the country. For example, an e-commerce club opened branches under the umbrella of Cairo University in three governorates – Cairo, Alexandria and Assiut – to provide specialised training for fresh university graduates.

“I’m now receiving training at the club so that I can join an Internet-based marketing company,” said Mohamed Shawqi, a fresh university graduate taking specialised courses in the club in the coastal city of Alexandria. “With unemployment among fresh graduates on the rise, I believe e-commerce will help the economy get back on its feet,” he added. “Since e-commerce is still in its infancy in Egypt, it has a great potential for growth”.

For e-commerce to become more established in Egypt, additional training initiatives are needed.

According to leading market strategy research firm Euromonitor International, the size of e-commerce in Egypt is expected to hit the $446.4 million mark by 2016. And as the sector grabs more shoppers from the grey market that, according to estimates by business experts, currently makes up 40 per cent of the Egyptian market, Internet-based marketing and expanded trainings for youth to develop required skills could be a springboard for economic growth and development in Egypt.

Mohamed El-Sayed is an Egyptian journalist.